The fight for the Iowa Democratic Caucus, by the Numbers

With three weeks until the Iowa Democratic caucus, Vermont Senator Bernie Sanders has shot up in the polls, registering his first Iowa lead against front-runner Hillary Clinton, according to this morning’s Quinnipiac poll.

One reason for Sanders’ surge could be the time he’s been spending in Hawkeye State. Since the last Democratic debate, Sanders has crisscrossed Iowa, packing in three or even four campaign events a day. In all Sanders logged 29 events in Iowa, more than double the amount of Clinton’s appearances.

Below is a comparison of the two candidates’ Iowa appearances, from Dec. 21 through Jan. 12: 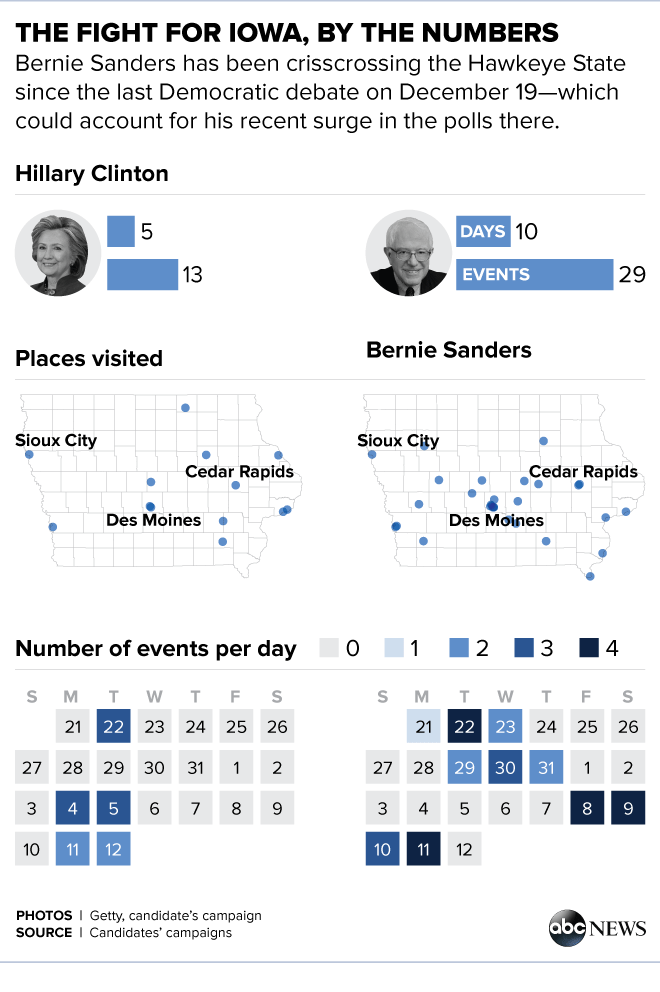