GUYTON G.A. (ABC NEWS)-  A Georgia man employed until recently as a seasonal Santa Claus at a Walmart was arrested after the bodies of his two children, who were never reported missing, were found buried in the backyard of his home, authorities said.

Elwyn Crocker Sr., 50, was arrested after sheriff’s deputies went to his house in Guyton, Georgia, a suburb of Savannah, to conduct a welfare check on his 14-year-old daughter, Mary Crocker, authorities said.

Effingham County Sheriff Jimmy McDuffie said that after questioning Crocker, he allegedly directed deputies to an area of his backyard, where they uncovered the bodies of Mary and her brother, Elwyn Crocker.

McDuffie said his office received a 911 tip from a caller that Mary Crocker hadn’t been seen since October and that the tipster feared she was dead. 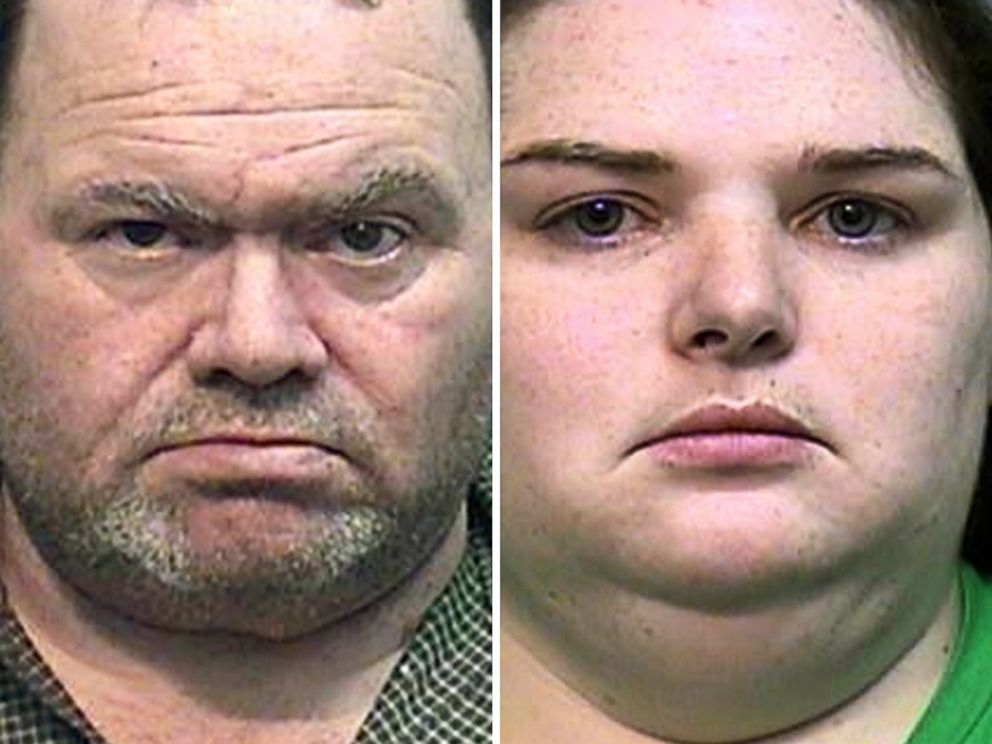 Elwyn Crocker and Candice Crocker are pictured in undated booking photos released by the Effingham County Sheriff’s Office in Georgia.

Elwyn Crocker Jr. apparently disappeared in November 2016, when he was 14, police said.

“Neither child had ever been officially reported missing,” McDuffie said at a news conference.

Autopsies were performed on the remains and confirmed the bodies are the Crocker children.

Effingham County Coroner David Exley said the cause and manner of death on the children are pending more test, including toxicological reports.

“I’ve been doing this 41 years and … I almost broke down in tears,” McDuffie said at a news conference. “It’s that bad. I cannot understand how you do children like this. It’s horrible.”

In addition to Elwyn Crocker Sr., deputies arrested his wife, Candice Crocker, 33, the stepmother of the children, and her mother, Kim Wright, 50. Wright’s boyfriend, Roy Anthony Prater, 55, was also arrested.

All four suspects are charged with concealing the death of another and cruelty to children in the first degree, McDuffie said. Prater also faces a charge of possession of a controlled substance.

They are all being held without bond at the Effingham County Jail, online records showed. It is unclear if any of the four defendants have retained attorneys.

Kim Wright and Roy Prater are pictured in undated booking photos released by the Effingham County Sheriff’s Office in Georgia.

Until recently, Elwyn Crocker Sr., who had his 50th birthday in jail on Christmas Day, had served as a Santa Claus at a Walmart in nearby Rincon, Georgia, according to the Atlanta Journal-Constitution.

“This is an ongoing investigation. More charges could be forthcoming,” McDuffie said.

Deputies went to Crocker’s home on Rosebud Place in Guyton around 10 p.m. on Dec. 19 to investigate Mary Crocker’s whereabouts.

“Deputies questioned all the adult members in the house. They claimed that Mary was out of town with her mother. Deputies then determined that this was false information,” McDuffie said. “Information from Elwyn Crocker led investigators to search the grounds of the home and two bodies were discovered buried.”

He said the bodies were unearthed near a wooded area on the property on Thursday morning.

“I can’t elaborate too much on the investigation at this time because of the nature and basically the horrendousness of these two kids being missing,” McDuffie said.

He said a child who was at the Crocker’s house was taken into protective custody.

The Crocker children had both been students in the Effingham County School System, according to a statement from school district officials.

“The information on record indicates that both students transferred to a homeschool program at the time of withdrawal,” the school district’s statement reads.