(ABC News)- Eight years to the day that former Rep. Gabby Giffords was shot at a constituent meeting in Tuscon, Arizona, House Democrats said they’re planning to unveil a universal background check bill they hope to pass within the first 100 days of the new Congress.

The measure, which will be introduced today at an event with Giffords and gun control advocates, would require background checks on the sale of any firearm and expand existing background checks to cover anyone attempting to buy firearms online, commercially or at gun shows, while providing exceptions for law enforcement and the transfer of guns between friends and family members.

“All the experts agree that this is the piece of legislation that will do the most good and do it most expeditiously,” Rep. Mike Thompson, D-Calif., chair of the Democrats’ Gun Violence Prevention Task Force, which wrote the legislation, told ABC News.

The bill is the first move by the newly empowered House Democrats in their bid to change federal gun control laws after years of congressional gridlock between Republicans and Democrats.

Thompson has introduced similar proposals in previous sessions, but the bills were buried by GOP leaders and the Republican majority, who instead considered and advanced legislation to expand the rights of gun owners to carry concealed firearms across state lines, a top priority of the National Rifle Association.

The universal background check legislation is supported by Democrats and a handful of Republicans, including Rep. Peter King, R-N.Y., the lead GOP sponsor, and Rep. Brian Mast, R-Fla. They are among those who will support this latest iteration, according to aides.

While Sen. Chris Murphy, D-Conn., plans to introduce a companion bill in the Senate, Democrats don’t expect Senate Majority Leader Mitch McConnell, R-Ky., to bring the measure to the floor, or anticipate seeing any endorsement from President Donald Trumpon Twitter.

But with the help of outside advocacy groups, they hope to put pressure on Republicans to act, after a midterm election cycle where dozens of freshman House Democrats, including Rep. Ayanna Pressley, D-Mass., and Rep. Lucy McBath, D-Ga., ran for office pledging to take action to address gun violence. McBath is a gun control activist whose 17-year-old son was shot and killed at a gas station seven years ago. 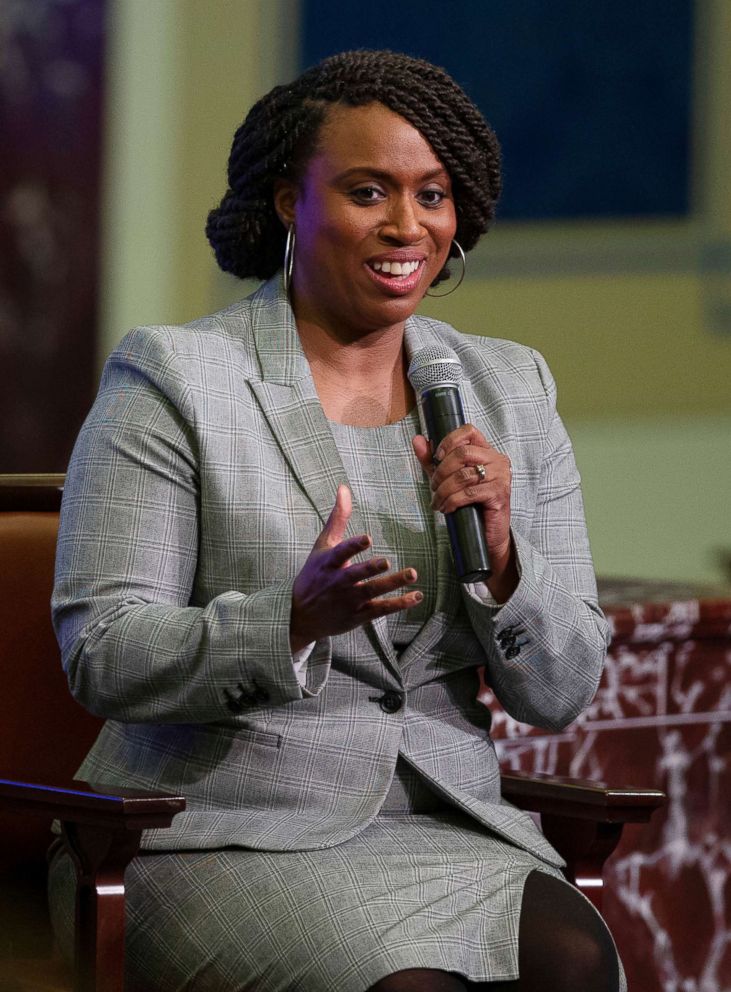 Pressley, a former Boston City councilwoman, brought up the subject in her first meetings with House Democratic leaders — offering her support for Speaker Nancy Pelosi’s leadership bid in exchange for her “express commitment” to bring a background check bill to the floor early in the new Congress.

“If this weren’t bold and if this was some easy, low-hanging fruit than this would’ve happened before,” Pressley said of the universal background check legislation in an interview with ABC News. “To me, it’s progress. It’s a step in the right direction. We don’t stop pushing for and advocating for those comprehensive fixes that I think will get at this growing scourge.”

Pressley and other Democrats hope to also put forth measures that have advanced in individual states to limit domestic abusers the ability to purchase firearms, advance “red flag” proposals allowing courts to disarm potentially dangerous gun owners and fund Center for Disease Control and Prevention research on gun violence.

“If the midterms showed us anything, it’s that gun safety is no longer the third rail of American politics,” John Feinblatt, president of Everytown for Gun Safety, told ABC News.