Interpreter from Trump-Putin summit may be forced into congressional spotlight

Gross’ job is to blend into the background and seamlessly help two leaders communicate. But now there is mounting interest in seeing Gross step into the spotlight, as Democrats on the House Foreign Affairs and Intelligence Committees seek an explanation for what exactly transpired behind closed doors in Helsinki.

“It may be unprecedented to subpoena a translator to reveal the details of a private meeting between the president and another world leader,” wrote Rep. Bill Pascrell Jr., D-N.J., in a letter last summer, when the idea of debriefing her was first raised. “But Trump’s actions are unprecedented in a way that harms our national security.”

Lawyers for the two committees are planning to meet Monday to evaluate their legal options for subpoenaing both Gross and another interpreter, who was present during a meeting in Hamburg, Germany, between Trump and Putin that occurred without aides present.

When Democrats took control of the House earlier this month, some members voiced concerns that interviewing interpreters would be a significant break in protocol. They argued the precedent could be problematic for future administrations by making it more difficult to conduct face-to-face diplomacy. They also raised concerns they could face objections from White House lawyers, who could mount a legal argument that the president’s executive privilege extends to the interpreter. 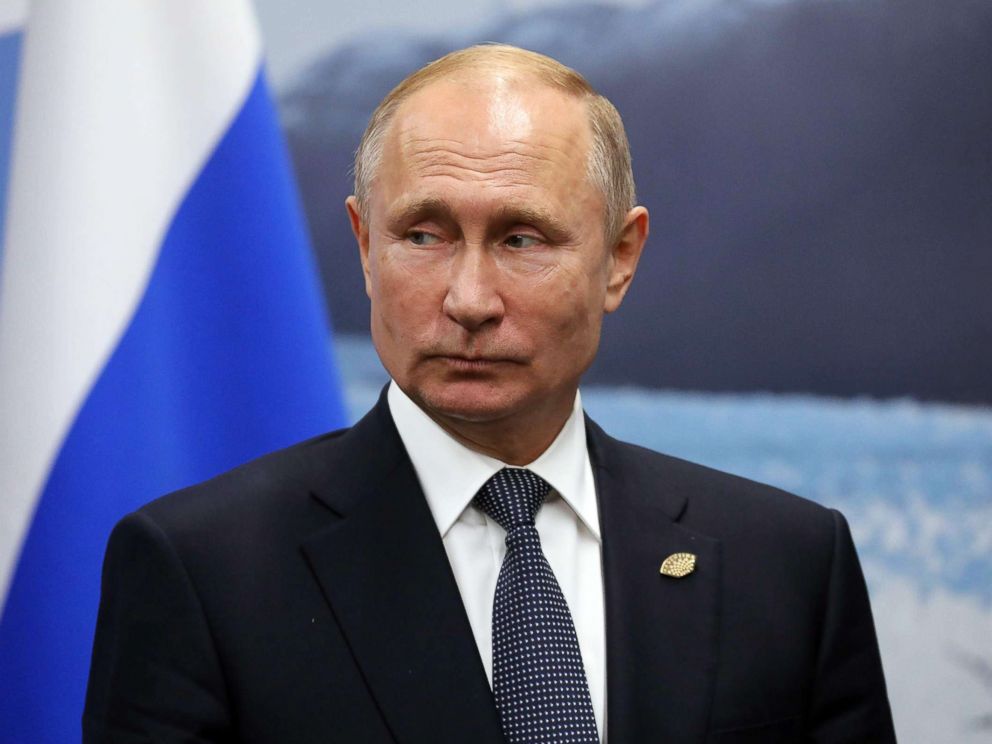 But a senior Democratic aide on the House Foreign Affairs Committee said a new report in The Washington Post has “changed the calculus.” It describes the president going to extraordinary lengths to conceal details of his conversations with Putin, including moves Trump allegedly took to seize notes from the interpreter at a meeting he held with Putin in Hamburg.

“This raises a new host of questions,” the aide said. “We’re looking into the legal implications of that and we’ll discuss our options. Our lawyers are sitting down with intel committee lawyers to hash it out.”

Trump denied Saturday that he was trying to conceal details from the meeting.

“I’m not keeping anything under wraps,” Trump told Fox News. “Anybody could have listened to that meeting, that meeting is up for grabs.”

Brett Bruen, who served as the White House director of global engagement from 2013 to 2015, said the move to interview Gross would be unusual but is within the scope of Congress’ oversight authority.

“I don’t ever recall an interpreter being subpoenaed — I don’t see how they wouldn’t be subjected like anyone else who is a government employee or contractor,” said Bruen, who served on President Barack Obama’s National Security Council staff. 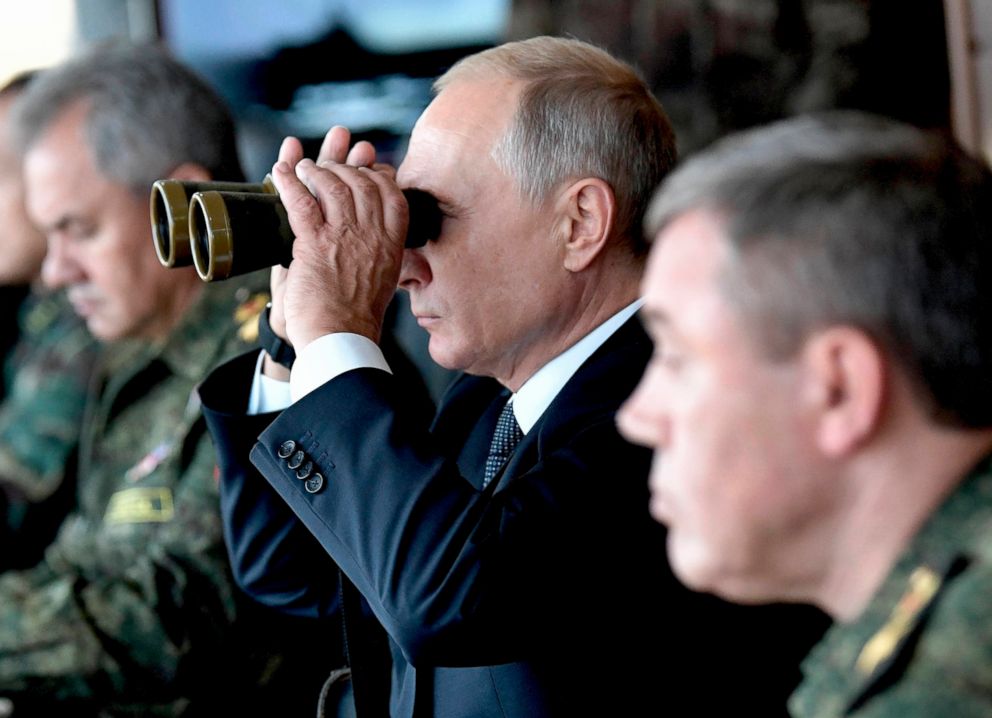 Russian President Vladimir Putin looks through a binocular as he visits the training ground “Telemba”, during the military exercises Vostok 2018 in Eastern Siberia, Russia, Sept. 13, 2018.

Russian President Vladimir Putin looks through a binocular as he visits the training ground "Telemba", during the military exercises Vostok 2018 in Eastern Siberia, Russia, Sept. 13, 2018.

“You can’t make the argument that it’s part of internal deliberations that’s part of the executive privilege. It’s a meeting with a foreign leader that has broad implications for America’s national security, so Congress has the right to oversee that,” he said.

House Democrats are not drafting subpoenas, another committee aide cautioned, but instead are reviewing the best way forward and which committee would submit the request should they decide to make it. The source said a committee vote is weeks away.

In the days following the Helsinki summit in July, Democrats on the House Intel Committee filed an initial motion seeking a subpoena to interview Gross but it was quickly shot down by Republicans.

“Last year, we sought to obtain the interpreter’s notes or testimony, from the private meeting between Trump and Putin,” Schiff said in a tweet. “The Republicans on our committee voted us down. Will they join us now? Shouldn’t we find out whether our president is really putting ‘America first?'” 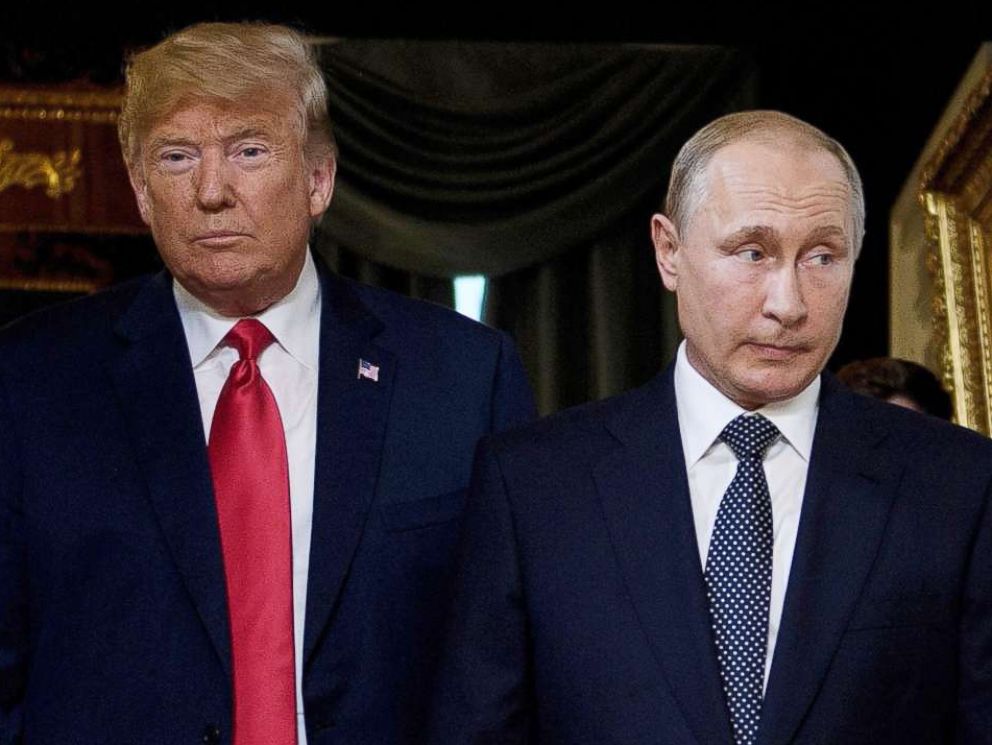 “Every time Trump meets with Putin, the country is told nothing,” Engel said in a statement. “We will be holding hearings on the mysteries swirling around Trump’s bizarre relationship with Putin and his cronies and how those dark dealings affect our national security.”

The foreign affairs committee aide said subpoenaing the interpreter was previously seen as a nuclear option but Democratic members have warmed to the idea because of the new argument that documents may have been removed from the public domain.

Even though Congress will issue the subpoena to the State Department, the White House can step in to slow or block the request.

“I’ve seen the allegations,” Cruz said on NBC’s “Meet the Press.” “I want to find out a little bit more about what happened there. I want to learn more than just the allegations in the press.”