(ABC News)- President Donald Trump‘s longtime friend and veteran political operative Roger Stone has been indicted on seven counts, including one count of obstruction of an official proceeding, five counts of false statements and one count of witness tampering in special counsel Robert Mueller’s probe into possible collusion between Russia and the Trump campaign during the 2016 presidential election

Stone was arrested and is expected in court in Fort Lauderdale, Florida, later Friday. The indictment was filed on Thursday.

Stone, who has taken credit for persuading Trump to get into politics, served as an adviser to Trump’s presidential campaign but left amid controversy in 2015. 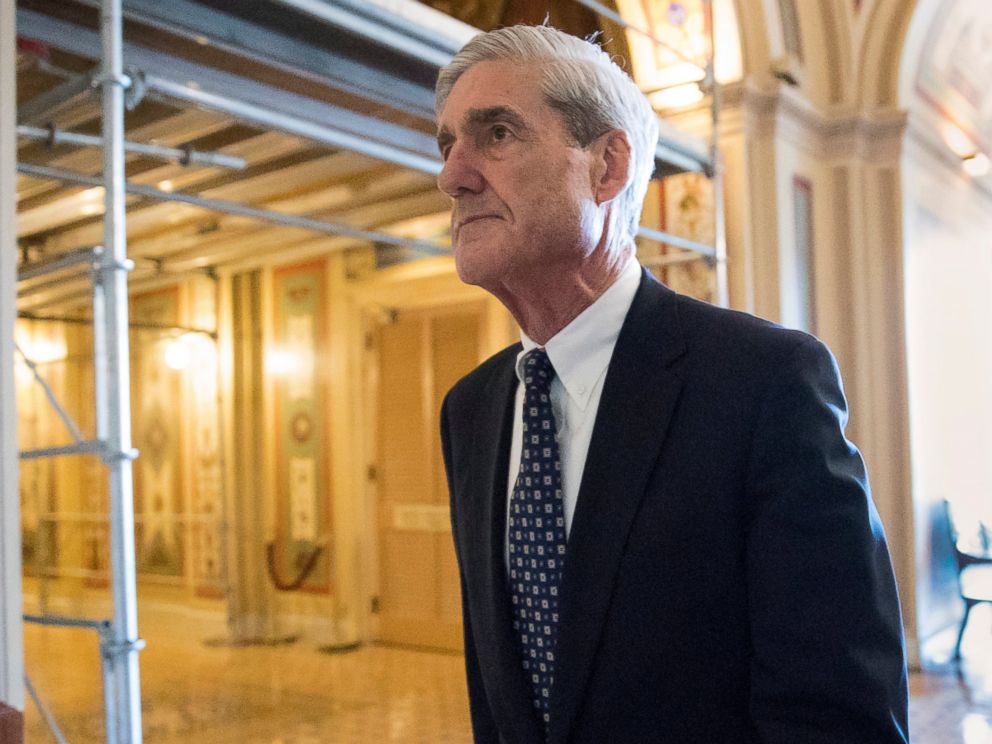 Former FBI Director Robert Mueller, special counsel on the Russian investigation, leaves following a meeting with members of the US Senate Judiciary Committee at the US Capitol in Washington.

Former FBI Director Robert Mueller, special counsel on the Russian investigation, leaves following a meeting with members of the US Senate Judiciary Committee at the US Capitol in Washington.

The youngest person to testify in the Senate Watergate hearings at the age of 20, Stone – who is known for – among other things – a tattoo of Nixon’s face on his back– was profiled in a 2016 Netflix documentary, “Get Me Roger Stone,” which focused on his eccentric political career and painted him as the original architect of Trump’s political career.

The special counsel’s indictment comes amid scrutiny about the self-described “dirty trickster” and his alleged contact with WikiLeaks publisher Julian Assange in the summer of 2016. Stone has told ABC News multiple times that he had never met or spoken with Assange and had no intermediary providing a back channel to communicate with the controversial Wikileaks founder.

Mueller’s interest in Stone and Wikileaks goes to the heart of the U.S. intelligence community’s conclusion, released in a report in January of 2017, that the online organization weaponized and published damaging information provided to it by a hacker from the Russian government on Democratic presidential candidate Hillary Clinton and her campaign.

In July, the mercurial Stone told ABC News that he is the unnamed Trump campaign regular who allegedly corresponded with Russian hackers, as described in special counsel Mueller’s July 13 indictment against a dozen Russians intelligence officers, who were posing as a hacker, Guccifer 2.0. The indictment alleges that the 12 Russians engaged in a sustained effort to hack Democrats and aides to Clinton during the 2016 presidential campaign. Stone has dismissed his short Twitter direct message communications with Guccifer 2.0 and denied knowledge that Russian agents were behind the account. 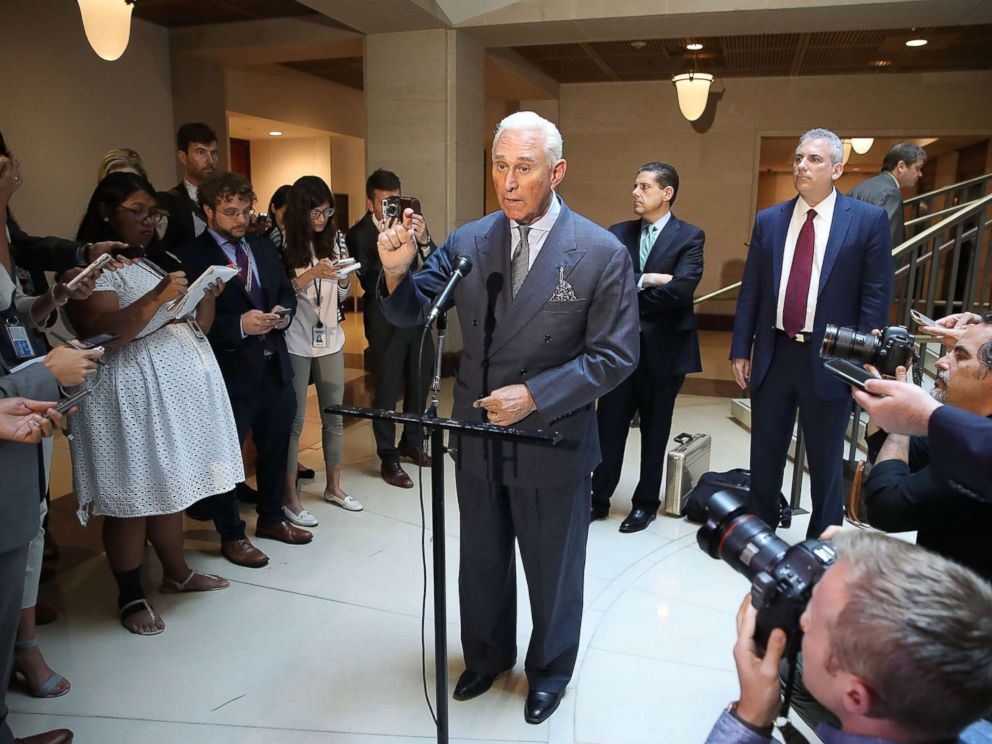 Roger Stone, former confidant to President Trump speaks to the media after appearing before the House Intelligence Committee during a closed door hearing, Sept. 26, 2017, in Washington, DC

Stone was arrested and is expected in court in Fort Lauderdale, Florida, later Friday. The indictment was filed on Thursday.

More than a dozen witnesses associated with Stone have been contacted by the special counsel’s office, many of whom have appeared before the grand jury impaneled by Mueller’s team. The witnesses have told ABC News they were asked about Stone’s dealings during the 2016 election and what, if any, contact he may have had with Assange through an intermediary.

Among them is political humorist and radio show host Randy Credico, whom Stone claims to have asked to act as an intermediary for him to contact Assange to confirm that the Wikileaks founder had a cache of information on Clinton during the 2016 campaign.

The list also includes Jerome Corsi, the former Washington bureau chief of the far right site, InfoWars, who is known for his role in pushing political smear campaigns.

Over the course of his nearly two year long probe, Mueller and his team of prosecutors have now indicted 33 individuals and three Russian businesses on charges ranging from computer hacking to conspiracy and financial crimes.

Those indictments have led to seven guilty pleas and three people sentenced to prison. Four former Trump campaign officials — including his onetime national security adviser Michael Flynn and campaign chairman Paul Manafort, also a former associate of Stone – are among those who have pleaded guilty.

In October, ABC News reported that special counsel prosecutors had been asking Manafort — their newest cooperating witness — about Stone, who was Manafort’s friend and had also been his partner at the lobbying firm Black, Manafort, Stone and Kelly in the 1980s, according to multiple sources familiar with the matter.

Stone told ABC News in November, “There’s no circumstance under which I bear false witness against President Trump.”