(ABC News) -A black man in Colorado said he hasn’t slept well since he was traumatized by a group of white police officers who held him at gunpoint and detained him while he was picking up trash in front of his home.

Zayd Atkinson, 26, said it’s been more than a month since a group of officers racially profiled him in a predominantly white neighborhood in Boulder, Colorado, but he’s still fighting to overcome the “traumatic experience.”

“I thought that once the firearm was out that that meant that he was going to try to kill me,” Atkinson told “Good Morning America” in an interview airing Friday. “It was a frightening experience. I didn’t know what else to do besides, you know, to fight with my voice and to practice my rights, which were thoroughly being breached.”

Atkinson was holding a bucket and a metal trash picker in front of his residence on March 1, when a Boulder police officer confronted him and asked him if he was permitted to be there. 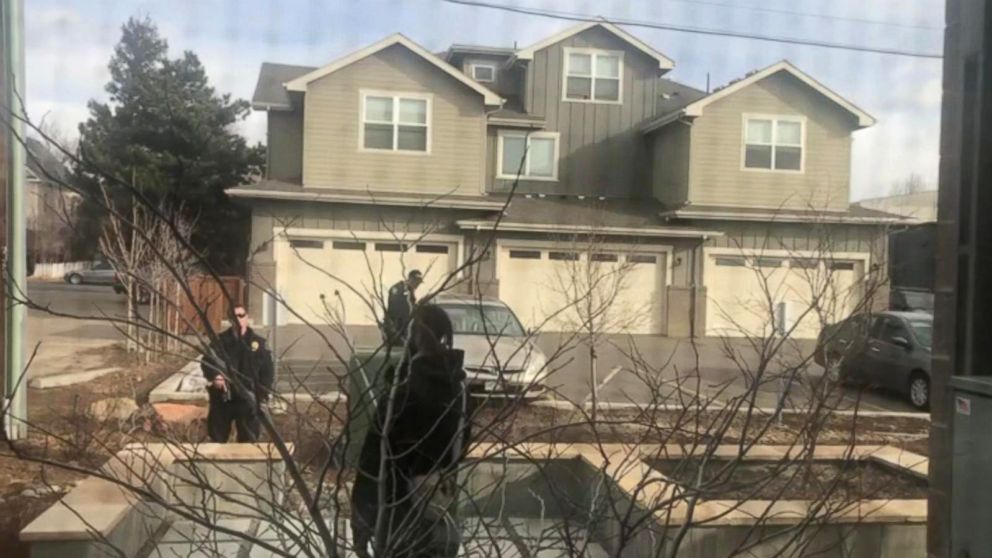 (Vanardo Merchant) Cell phone video shows police, some with guns drawn, confronting a black man in Boulder, Colorado, on March 1, 2019, who claimed he was just picking up trash on his own property with a metal trash grabber.

(Vanardo Merchant) Cell phone video shows police, some with guns drawn, confronting a black man in Boulder, Colorado, on March 1, 2019, who claimed he was just picking up trash on his own property with a metal trash grabber.

He said he gave the officer his ID and key card for the building, but the situation escalated as Atkinson refused to acquiesce when the officer ordered for him to sit down. The officer eventually pulled out his gun and called for backup. Several officers responded, including a supervisor, according to the police department.

“I had not done anything illegal therefore there was no reason for me to comply,” Atkinson told “GMA.” “I continued to go back to work and pick up trash and clean up my grounds.”

At one point, Atkinson said he turned his back and walked around to the back of the building as the officer followed him with a Taser in his hand, he said.

“I believe that this man had approached me because I’m a black male in an all white town. … I thoroughly believe I was profiled,” Atkinson said. “Not only that you know I’m a black man, I have dreads. At the time I had a beard and I was wearing raggedy clothes.”

Atkinson said he’s had trouble sleeping since the incident.

“I was suffering with a lot of anxiety, a lot of depression. I was having very strange dreams and couldn’t really sleep,” Atkinson said.

The incident sparked outrage as video of the encounter made the rounds on social media. The Boulder Police Department said it placed the first officer on administrative leave while it investigated the incident.

“Officers ultimately determined that the man had a legal right to be on the property and returned the man’s school identification card,” the department said in a statement last month. “Boulder police began looking into the incident on Friday and early this morning launched an official internal affairs investigation.”

Atkinson beleives he was “penalized for practicing my rights,” and his attorney, Siddhartha Rathod, said the officer’s punishment doesn’t reflect that. 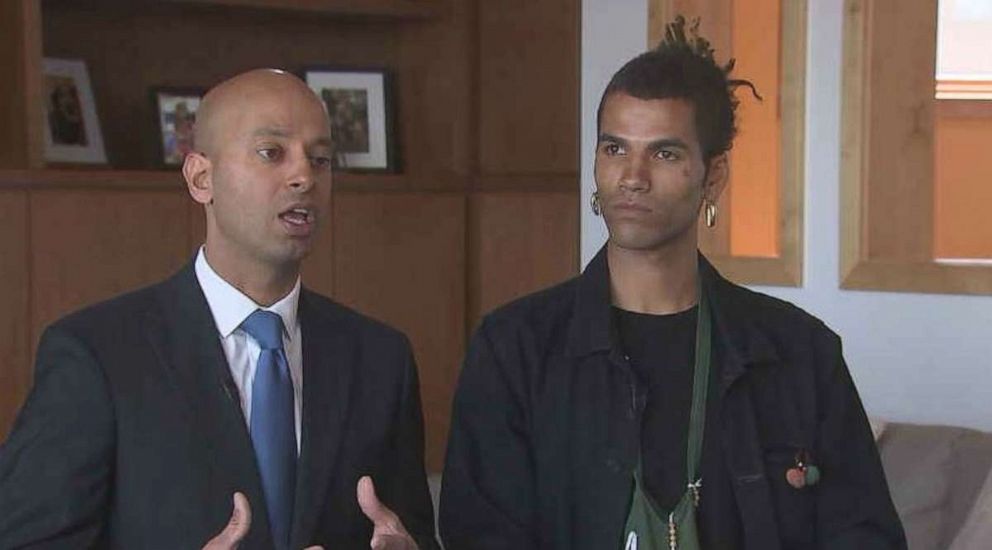 (ABC News) Zayd Atkinson, right, was confronted by police outside his home in Boulder, Colo., on March 1, 2019, while picking up trash. He and his lawyer, Siddhartha Rathod, spoke to “Good Morning America” on April 4, 2019.

(ABC News) Zayd Atkinson, right, was confronted by police outside his home in Boulder, Colo., on March 1, 2019, while picking up trash. He and his lawyer, Siddhartha Rathod, spoke to "Good Morning America" on April 4, 2019.

He called the incident a reflection of a larger racial problem within Boulder, which is about 81 percent white and less than 2 percent black, according to census data.

Atkinson said he’s trying to work through the painful incident and wants to meet with city officials to start a dialogue about their policies and officer training.

“There are instances like this where people don’t come out alive. I’m blessed that I got out alive and unharmed,” he said. “It definitely brings fear to my heart knowing that some people don’t survive.

“But I’m not surprised that this happened to me and I won’t be surprised if it happens again tomorrow, or the next day, until we do something about it,” he added.

Wolves pick up 34-3 win over Eagles on homecoming weekend