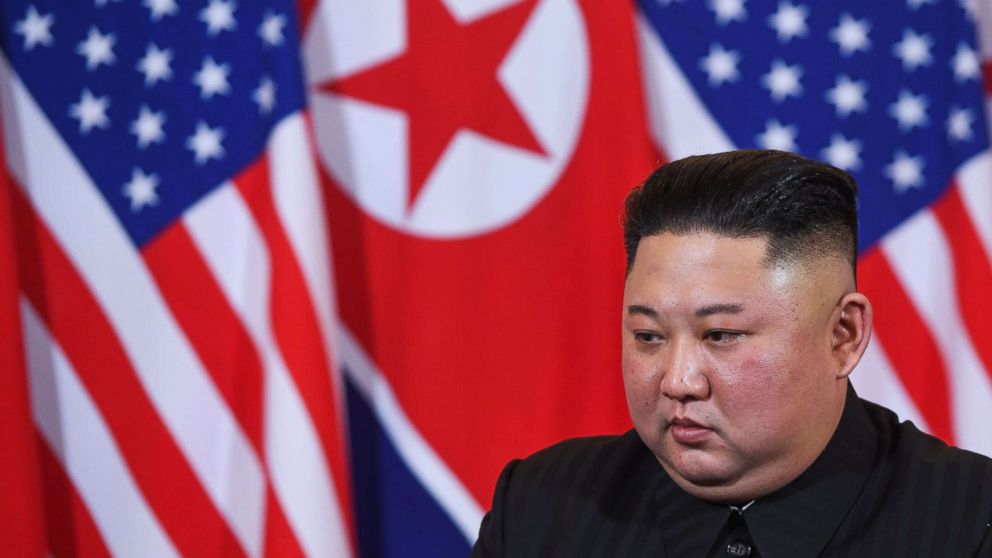 (ABC News)-North Korea reportedly test-fired a new type of tactical guided weapon on Wednesday in a move that could dampen the prospects of a successful denuclearization of the Korean peninsula. Hours later, the isolated nation outright called for U.S. Secretary of State Mike Pompeo to be replaced in negotiations between the two countries.

If confirmed, the test would mark the country’s first public weapons test since its second summit with President Donald Trump ended without an agreement earlier this year.

A senior North Korean diplomat called for Pompeo to be replaced on Thursday, calling for a more “careful and mature” negotiator, according to South Korean media outlet Yonhap. Pompeo has overseen much of the negotiations between the U.S. and North Korea over denuclearization, taking multiple trips to Pyongyang to speak with Kim’s government.

North Korean Vice Foreign Minister Choe Son Hui was critical of Pompeo and National Security Adviser following the collapse of talks in Vietnam earlier this year. Both disputed last month that there were any issues between the two sides.

“Following that, we continued to have very professional conversations, where we tried our best to work together and represent our respective sides. I have every expectation that we’ll be able to continue to do that,” Pompeo said in March.

KCNA did not publish images from the test site or disclose details about the type of weapon tested. South Korean news agency Yonhap also reported on the testing, calling the development an “event of very weighty significance” in North Korea’s efforts to beef up its military power.

The term “tactical” implies that the weapon may have been a battlefield or short-range type of weapon and not a long-range ballistic missile that could pose a threat to the U.S., expert said.

The Pentagon is not yet confirming what test may have taken place, but an official told ABC News that it had ruled out a ballistic missile test.

A White House official would not comment on the reported test beyond acknowledging that they are aware of the reporting.

“We are aware of the report, and have no further comment,” the White House official said.

Trump laid out an all-or-nothing strategy when he met with Kim in Vietnam two months ago, telling the North Korean leader that he would have to give up all weapons of mass destruction if he wanted sanctions relief.

“He said the testing will not start,” Trump said at a press conference after the summit. “He said he is not going to do testing of rockets or missiles or anything having to do with nuclear.”

The summit ended abruptly with Trump leaving ahead of schedule without a reaching a deal. The president dismissed the idea that the breakdown of his talks with Kim meant their relationship has soured.

“We just like each other,” Trump said at the time. “We have a good relationship. It’s a totally different system to put it mildly but we like each other.”