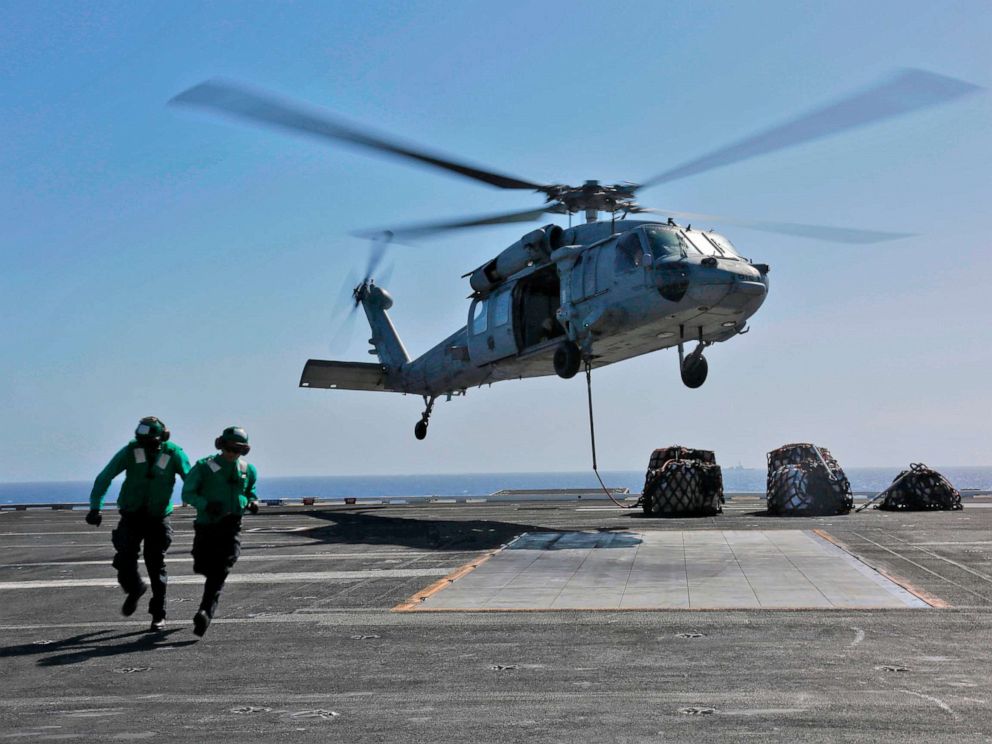 This image released,May 10, 2019 shows a naval logistics specialists attaches cargo to an MH-60S Sea Hawk helicopter from the “Nightdippers” of Helicopter Sea Combat Squadron 5 from the flight deck of the Nimitz-class aircraft carrier USS Abraham Lincoln.

(ABC News)- The U.S. State Department has ordered all non-emergency government employees to leave Iraq as soon as they can.

Americans at the embassy in Baghdad and at the U.S. consulate in Erbil have been asked to depart the country by commercial transportation and are advised to monitor local media for updates, review personal security plans and review the complete travel advisory for Iraq.

Visa services at each location have been suspended.

Secretary of State Mike Pompeo made a surprise, last-minute trip to Iraq about a week ago as tensions between the U.S. and Iran have escalated.

Pompeo visited two days after plans were announced to move an aircraft carrier strike group into the region ahead of schedule.

Wednesday marks the one-year anniversary of President Donald Trump pulling out of a nuclear deal with Iran.