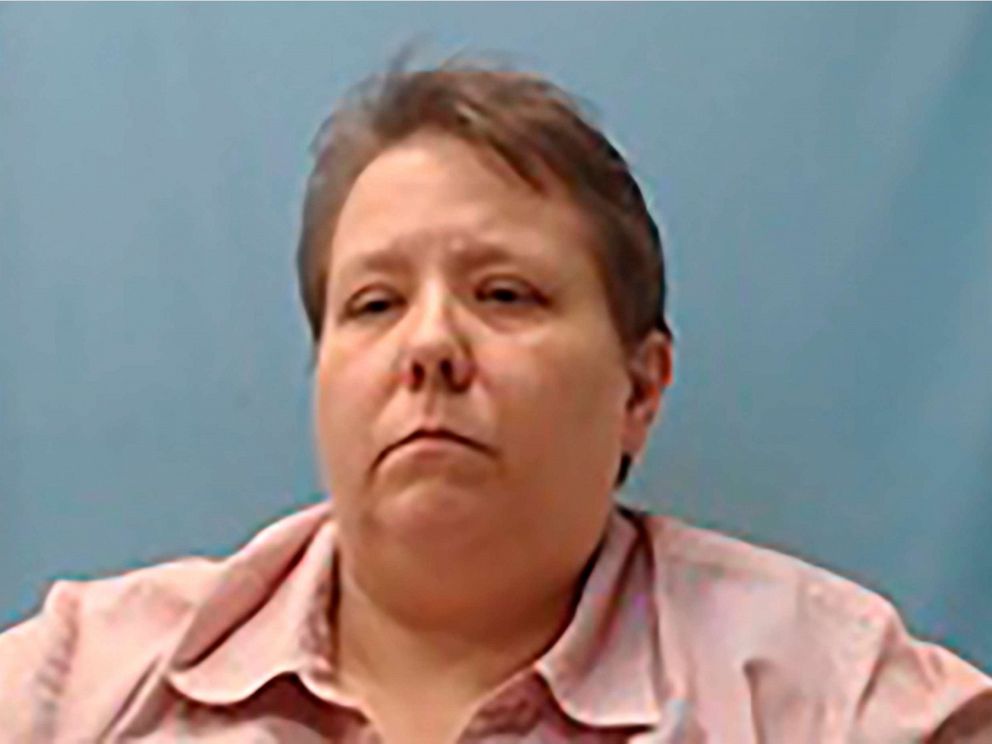 Jerri Kelly, the wife of an Arkansas jail administrator, was arrested after officials say she pulled a gun on four black teenagers fundraising door-to-door for their high school football team. Cross County Sheriffs Office via AP

ABC News – Four black teenagers in Arkansas were forced to the ground and held at gunpoint by a white woman as they were trying to fundraise for their football team, police and school officials said.

The teenage boys, ages 15 and 16, were going door-to-door on the morning of Aug. 7 in the town of Wynne selling discount cards to raise money for the team’s meal fund, which pays for food before and after their games, Carl Easley, Wynne School District Superintendent, told ABC News Friday.

Their efforts took a frightening turn when they approached the house of Jerri Kelly, who is white, according to Easley and Wynne police.

Officers received a call about “suspicious persons” and, upon arriving at the scene, found the boys on the ground with a woman standing over them with a gun, Wynne Police Chief Jackie Clark said in a statement.

The officers let the children stand up, and the teens told police they were fundraising in the neighborhood, Clark said. Two of the four had been wearing their high school football jerseys, according to Easley.

He said he heard that the boys had not yet made it to Kelly’s door but were still on the street when Kelly allegedly approached them.

A warrant was issued for Kelly, 46, on Monday and she was arrested later that day. She was charged with four counts of aggravated assault, four counts of false imprisonment and four counts of endangering the welfare of a minor.

When she was arrested and booked at the Cross County Sheriff’s Office, she was bonded out the same day without having her mugshot taken, according to The Associated Press.

Kelly, who is the wife of Cross County Jail Administrator Joseph Kelly, per the AP, did have her mugshot taken on Thursday. Cross County Sheriff’s Department Captain Jeff Nichols told the AP she had a “medical emergency” as she was booked that prevented the mugshot from happening.

“She was afforded the same booking process and procedures as anyone that’s brought into our facility,” Nichols told the AP. “She received no preferential treatment.”

Kelly and Nichols could not immediately be reached for comment by ABC News.

Easley said the boys, who are in 10th grade, met with the school’s principal about an hour after the incident occurred. He said he was not aware whether or not they were provided any counseling.

Calls from across the world have come in to the school with support for the boys and offers to donate to the football team, according to Easley.

The school board is expected to have a meeting on the district’s fundraising policy Monday. While the district says door-to-door sales are discouraged, it is not prohibited and is a common practice in the school.

“I think the volleyball team has done the same type of fundraiser, too,” Easley said.