The disgraced financier, who was facing federal sex trafficking charges, was found unresponsive in his cell at Metropolitan Correctional Center in Lower Manhattan on the morning of Aug. 10. Epstein, 66, was set to stand trial next year for allegedly sexually abusing dozens of girls in New York and Florida.

In a statement released Friday, Chief Medical Examiner Dr. Barbara Sampson said her conclusion was based on a “careful review of all investigative information, including complete autopsy findings.”

Epstein hanged himself with a bedsheet in his cell, and a city official with knowledge of the autopsy told ABC News that Epstein sustained a broken hyoid bone, which is near the Adam’s apple.

Experts say the injury can be associated with suicide or strangulation. 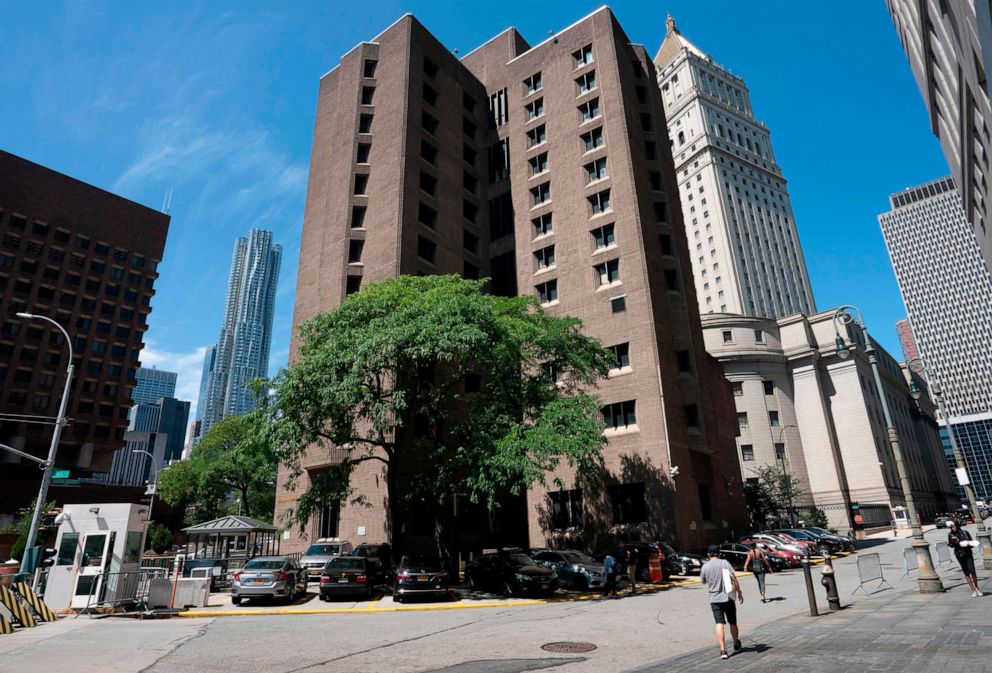 This file photo taken on Saturday, Aug. 10, 2019, shows the Metropolitan Correctional Center where financier Jeffrey Epstein was being held before his alleged suicide. Don Emmert/AFP/Getty Images

The autopsy was completed on Sunday.

Epstein’s death came less than three weeks after he was found unresponsive in his cell at the same Manhattan facility with marks on his neck that appeared to be self-inflicted, sources told ABC News.

He was placed on suicide watch following the July 23 incident but then removed on July 29 after jail officials determined he was no longer a threat to himself, sources said.

He was not on suicide watch at the time of his death, and staff at the jail failed to follow protocol that requires welfare checks every 30 minutes, sources told ABC News.

In the wake of Epstein’s death, staff members at the MCC jail are suspected of falsifying log entries to show they made the proper checks on Epstein and other inmates in the Special Housing Unit at the federal lockup in Manhattan, but those log entries have been contradicted by surveillance footage, the sources said. The staff members have been placed on temporary leave,

Epstein was arrested in July on charges of sex trafficking girls at his Upper East Side mansion and his home in Palm Beach, Florida. Some of the charges date back to the early 2000s.

Epstein pleaded not guilty to the charges. He faced up to 45 years in prison if convicted.

Apple says coronavirus will cause iPhone supply to be 'temporarily constrained'