(ABC News)—Valerie Harper, the Emmy-winning actress who became famous for playing shoot-from-the-hip, loud-mouthed New Yorker Rhoda Morgenstern on the ’70s hit “The Mary Tyler Moore Show,” and her own spinoff, “Rhoda,” died on Aug. 30 at age 80, her daughter Cristina confirmed to ABC News.

The cause of death is not yet known.

In January 2013, Harper was diagnosed with leptomeningeal carcinomatosis, a rare condition that occurs when cancer cells spread into the fluid-filled membrane surrounding the brain.

After going public with the diagnosis in March 2013, the actress maintained the same loud-mouthed, positive attitude that endeared Rhoda, and Harper herself, to millions of TV fans in order to make the most of whatever time she had left. 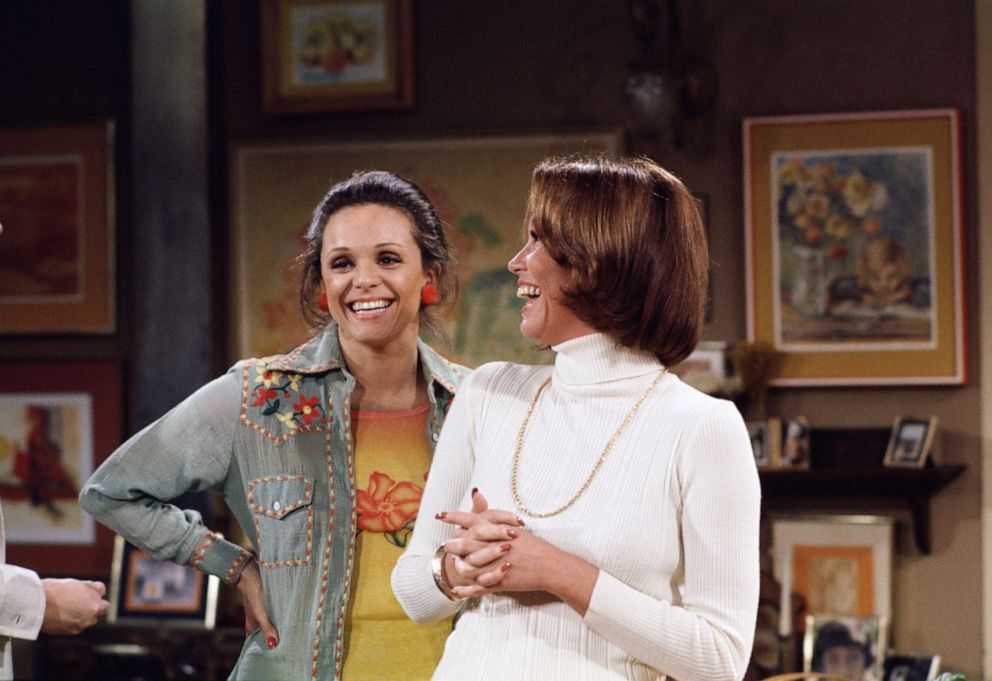 “Don’t go to the funeral until the day of the funeral. Live this day,” Harper told “Good Morning America” in March 2013. “While I am feeling good … and while I can talk to people, I thought let the extended family know at the same time. And then let’s discuss it because we are all terminal. We really are. We have a lot of fear around death and I thought maybe I can help somebody.”

Though doctors gave the four-time Emmy winner only three months to live, Harper continued to promote her memoir, “I, Rhoda” and joined the 17th season of “Dancing With the Stars.”

By August 2013, Harper seemed to be defying the odds, with her doctor telling NBC that she was “close to a remission.”

“Spontaneous remission lives as a possibility,” Harper told NBC at the time. “I think infinite possibility is beautiful in every area. A lot of stuff that looks impossible is not.”

(MORE: Why Valerie Harper Did ‘Dancing With the Stars’: ‘Don’t Die Until You’re Dead’)

More than a year after her initial diagnosis, she said in a statement that she was not “absolutely cancer-free” but remained “cautiously optimistic about my present condition and I have hope for the future.”

In August 2014, she celebrated her 75th birthday, telling ABC ahead of her milestone birthday, “I’m going to be 75 in August, so let’s see if I make it. If I don’t, I wasn’t meant to, but I’m going to do my damnedest to stay!”

Valerie Kathryn Harper was born Aug. 22, 1939, in Suffern, New York, and began her career in 1959 as a dancer, appearing in the chorus for several Broadway musicals, including “Li’l Abner” and “Wildcat.”

After marrying improv performer Dick Schaal in 1965, Harper toured with The Second City improv troupe, which included Schaal and Linda Lavin, who would later star in the sitcom “Alice.” She broke into television with a guest role on the soap opera “The Doctors.”

She won her most famous TV role as Rhoda, after a casting agent spotted her in a play in Los Angeles in 1970. For four seasons, Harper played Mary’s best friend on “The Mary Tyler Moore Show,” before leaving to star in her own spinoff, “Rhoda,” which lasted four years.

Harper picked up four Emmys and a Golden Globe for playing Rhoda on “Mary Tyler Moore.”

After “Rhoda” ended, Harper moved on to the 1986 sitcom “Valerie,” until parting two years later because of a salary dispute. She was replaced by Sandy Duncan, and the series was renamed “The Hogan Family.” In 2000, Harper and Moore reunited for the TV movie “Mary and Rhoda.”

Harper continued to take guest parts on such shows as “Sex and the City” and “Melrose Place,” and returned to Broadway in 2010, playing Tallulah Bankhead in Matthew Lombardo’s “Looped,” after premiering the role in 2008 in Pasadena, Calif.

While starring in “Looped,” she battled lung cancer but didn’t go public with her diagnosis until her memoir.

“I thought this is just not going to be good for comedy if the audience is out there worrying about their Rhoda,” Harper said of her decision to keep her disease, which she fought with a combination of chemotherapy and radiation, private at the time.

The actress was surgically cured of lung cancer in 2009, but “this little sneaky devil” as she called it went up to the lining of her brain.

Harper is survived by her second husband, Tony Cacciotti, and their daughter.