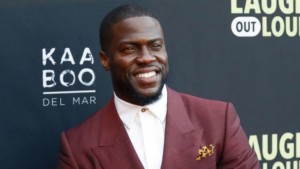 (ABC NEWS)— Comedian Kevin Hart was injured in a car crash in Malibu Hills over the weekend when his driver lost control of their vehicle while transporting Hart and one person.

Hart and his driver were taken to a hospital with “major back injuries” early Sunday when the comedian’s Plymouth Barracuda veered off the Mulholland Highway in Malibu and into a ditch, according to the California Highway Patrol.