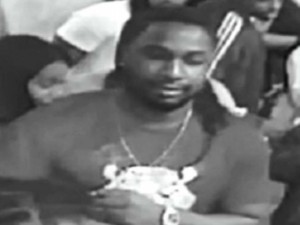 (ABC NEWS)—A 28-year-old Illinois man is in critical condition and fighting for his life after he was struck in the head with a bowling ball during an altercation at a bowling alley last week in an attack that immediately went viral.

According to Chicago ABC station WLS, Diamante Williams was at the Town Hall Bowl in Cicero, Illinois, on Wednesday night when a fight broke out during a promotional event at the bowling alley.

In the footage posted to Facebook on Sept. 6th, by Darnell Collins, security guards were trying to stop the brawl between a group of people when a man can be seen raising a bowling ball into the air and then smashing it down on Williams’ head. People can then be heard screaming and shouting before running away from the scene of the crime.

Police say they captured an image of the man suspected of throwing the bowling ball and are still trying to identify and find him.
Categories: Digital Exclusives and Features
Share

'The Bachelor' highs and lows and tears

Roll up your sleeves at the Columbia Lifesavers Blood Drive