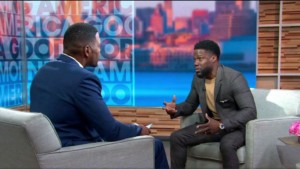 (ABC News) —-Some of the biggest names in Hollywood have sent their best to actor Kevin Hart.

After news broke that Hart suffered “major back injuries” in a car accident on Sunday, everyone from Dwayne Johnson to Bryan Cranston wished him well on social media.

Some of them posting these messages: 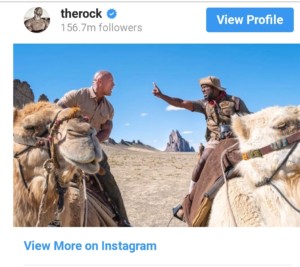 ABC News confirmed with California Highway Patrol Sunday that the comedian was hurt after his Plymouth Barracuda veered off the Mulholland Highway and landed in a ditch. 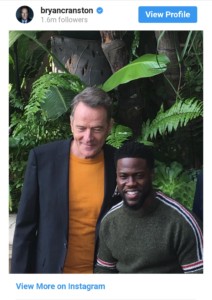 “Stop messing with my emotions brother @kevinhart4real,” Johnson wrote on Instagram. “We have a lot more laughing to do together. Love you man. Stay strong.”