Father of Motown calls it quits after 60 years of music 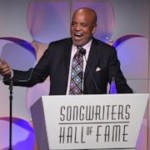 (ABC News) —The Motown mogul who launched the careers of numerous stars like Stevie Wonder, Diana Ross and Michael Jackson has announced his retirement.

The Detroit Free Press reports Berry Gordy said he had “come full circle” at a 60th anniversary event for Motown Records on Sunday.

The 89-year-old Detroit native built Motown Records into a hit-making music, film and television empire that shattered racial barriers and introduced the world at large to the sounds of R&B, soul and funk. Gordy sold the record label in 1988, but remained active, developing a musical and staying involved with the Motown Museum’s $50 million expansion campaign.

He has launched the careers of some of the best known musicians or made an impact in their success, like Stevie Wonder, John Legend, Berry Gordy, Ciara, Michael Jackson, Marvin Gaye, Smokey Robinson, Cedric the Entertainer, Meghan Trainor.

“We didn’t even realize the impact of Motown,”

Ross, who was once signed to Motown as lead singer of The Supremes, brought attendees to their feet when she opened her set singing to Gordy while sitting next to him. After singing a couple of songs onstage, she returned back to Gordy and sang “My Man.”, “This is your legacy,” Ross told Gordy.