(ABC News) — Families of the victims of the 2012 Aurora mass shooting have called on Warner Bros. to enact gun reform policies just ahead of the film company’s release of “Joker.”

“If you’re going to make a movie with such violence, at least be donating to those of us who are trying to stop the violence and survivors who have been affected by gun violence,” Sandy Phillips, who lost her daughter,  Jessica Redfield Ghawi in the shooting and was one of the five people who signed the letter.

In the letter sent to Ann Sarnoff, CEO of Warner Bros., on Tuesday, the victims’ families and friends asked the company to stop giving political donations to candidates who take money from the NRA, to use its “political clout” in Congress to actively lobby for gun reform, and to donate to survivor funds and gun violence intervention programs.

(MORE: US averaged at least 1 deadly mass shooting a month in 2018)

“We are the family members and friends of the 12 people killed at the Century 16 movie theater in Aurora, Colorado at a screening of The Dark Knight Rises on July 20, 2012,” the letter, obtained by ABC News, reads.

“This tragic event, perpetrated by a socially isolated individual who felt ‘wronged’ by society has changed the course of our lives.”

Phillips said she was inspired to write a letter after seeing the trailer for the upcoming film, which stars Joaquin Phoenix as the “Joker”. 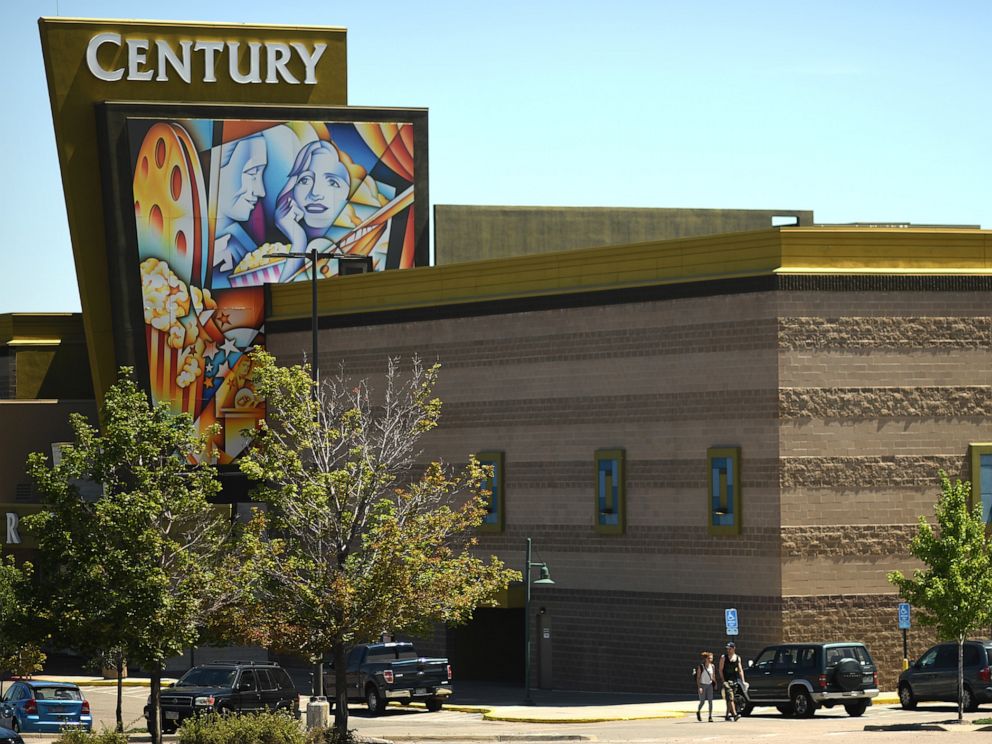 Image: ABC News/Rj Sangosti/Denver Post via Getty Images
Nearly four years ago on July 20, 2012, a mass shooting took place inside the Century 16 movie theater in Aurora, in a picture taken on July 19, 2016.

Image: ABC News/Rj Sangosti/Denver Post via Getty Images Nearly four years ago on July 20, 2012, a mass shooting took place inside the Century 16 movie theater in Aurora, in a picture taken on July 19, 2016.

She was immediately struck by how dark it was, she said.

“Of course it reminded me of our shooting, which happened at a Batman movie,” Phillips said. “I thought, ‘How many people are going to be triggered by this movie?'”

Igor Volsky, the founder of Guns Down America, helped draft the letter with Phillips and her husband, Lonnie.

“We certainly believe that writers and creators and Warner Bros. have a right to create whatever art they wish to create, but with that comes a responsibility,” Volsky told ABC News.

“At a time when federal government isn’t listening to its constituents on this issue, it’s important for us to organize influential voices in society to help push us in that direction,” he said.

Warner Bros. said in a statement to ABC News, “Gun violence in our society is a critical issue, and we extend our deepest sympathy to all victims and families impacted by these tragedies.”

“Our company has a long history of donating to victims of violence, including Aurora, and in recent weeks, our parent company joined other business leaders to call on policymakers to enact bi-partisan legislation to address this epidemic,”

“At the same time, Warner Bros. believes that one of the functions of storytelling is to provoke difficult conversations around complex issues. Make no mistake: neither the fictional character Joker, nor the film, is an endorsement of real-world violence of any kind. It is not the intention of the film, the filmmakers or the studio to hold this character up as a hero.”

Volsky noted efforts made by other companies to limit gun violence, including Walmart’s decision to limit the sales of guns and ammunition after two deadly shootings at its stores within a week of one another.

“Joker” tells the story of Arthur Fleck and his progression toward becoming the evil character.

It has received mainly rave reviews, but some critics have questioned its violence.

Time’s Stephanie Zacharek said the Joker is empowered by his killing in the film, which happens “usually with a gun.”

(MORE: Walmart to limit sales of guns, ammunition in wake of ‘horrific’ shootings)

“But it’s not as if we don’t know how this pathology works: In America, there’s a mass shooting or attempted act of violence by a guy like Arthur practically every other week,” she wrote.

Phoenix was recently asked by The Telegraph if he thought the movie would inspire “exactly the kind of people it’s about, with potentially tragic results.” The actor reportedly stammered, saying, “Why would you…?” before walking out.

Phillips said she worries about the same thing and hopes Warner Bros. will take action since the film is well on its way to being released.

“There are people that will be encouraged towards violence because of this movie. There will be people who are triggered with their PTSD (post-traumatic stress disorder) because of this movie,” she said. “It’s very important that corporations have a duty to society, and not just their bottom line.”