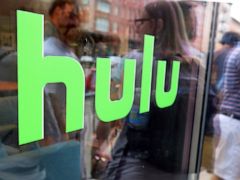 (ABC News/AP) —Hulu is again raising prices for its online TV bundle, as other streaming-TV providers do the same.

Hulu’s service, like AT&T TV Now, Dish’s Sling and YouTube TV, are a replica of traditional TV but on the internet.

They were once vaunted as a successor to traditional cable. But the market has lost steam as prices rise. One early entrant, Sony’s PlayStation Vue, is shutting down, and analysts expect others to follow.

The entertainment industry’s attention has shifted to new and upcoming streaming services like Apple TV Plus, Disney Plus, AT&T’s HBO Max and Comcast ’s Peacock.

The Disney-owned streaming provider’s traditional video-on-demand service will remain at $6 a month.