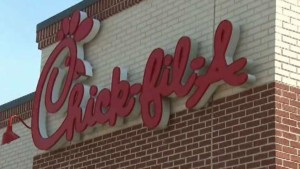 Chick-fil-A the third biggest restaurant chain in the U.S.

(ABC News) — After courting controversy for years, the fast-food chain Chick-fil-A will no longer fund two organizations that have historically opposed same-sex marriage.

The Atlanta-based restaurant chain has come under fire from LGBTQ+ activists for reportedly donating millions of dollars to two Christian charities: The Salvation Army and the Fellowship of Christian Athletes.

The company told ABC News Monday that it was refocusing its donations to groups centered on “hunger, homelessness and education” beginning in the new year.

“Beginning in 2020 the Chick-fil-A Foundation will introduce a more focused giving approach, donating to a smaller number of organizations working exclusively in the areas of hunger, homelessness and education,” Chick-fil-A said in a statement Monday.

“We have also proactively disclosed our 2018 tax filing and a preview of 2019 gifts to date on chick-fil-afoundation.org,”…The intent of charitable giving from the Chick-fil-A Foundation is to nourish the potential in every child.”

Tim Tassopoulos, the president and COO of Chick-fil-A, added that “no organization will be excluded from future consideration — faith-based or non-faith-based.”

“Our goal is to donate to the most effective organizations in the areas of education, homelessness and hunger,” Tassopoulos said in a statement.

The chain currently boasts more than 2,400 restaurants across the country. Its stance on LGBTQ rights has been the subject of boycotts, anti-boycotts and more for years, since CEO Dan Cathy first drew condemnation from activists in 2012 when he said he supported “the biblical definition of the family unit” — marriage only between a man and woman.

A Chick-fil-A spokesperson told the Thomson Reuters Foundation, which first reported the story, that “We made multi-year commitments to both organizations and we fulfilled those obligations in 2018.”

The spokesperson declined to comment to Reuters on whether the protests influenced the decision to change donations.

The Salvation Army told ABC News in a statement that it is “saddened” to learn Chick-fil-A is diverting funding and slammed the “misinformation,” reiterating its support for the LGBTQ+ community.

“We’re saddened to learn that a corporate partner has felt it necessary to divert funding to other hunger, education and homelessness organizations — areas in which The Salvation Army, as the largest social services provider in the world, is already fully committed,” the organization said. “We serve more than 23 million individuals a year, including those in the LGBTQ+ community. In fact, we believe we are the largest provider of poverty relief to the LGBTQ+ population.”

“When misinformation is perpetuated without fact, our ability to serve those in need, regardless of sexual orientation, gender identity, religion or any other factor, is at risk. We urge the public to seek the truth before rushing to ill-informed judgment and greatly appreciate those partners and donors who ensure that anyone who needs our help feels safe and comfortable to come through our doors.”