The company ceased nationwide production and distribution of its Excedrin Extra Strength and Excedrin Migraine products because of “inconsistencies in how we transfer and weigh ingredients,” a GSK spokesperson told told ABC Syracuse affiliate WSYR.

GSK confirmed to ABC News it is a nationwide issue, although the company said it is short-term and production is expected to resume shortly. WSYR reported the company said there is not “a definite date as to when supply will resume.”

“Patient safety and product quality are our utmost priorities at GSK,” a company spokesperson said in a statement obtained by ABC News.

While the company does not believe Excedrin products pose a safety risk to consumers, the spokesperson said, GSK was temporarily discontinuing the medicines as a precautionary measure. 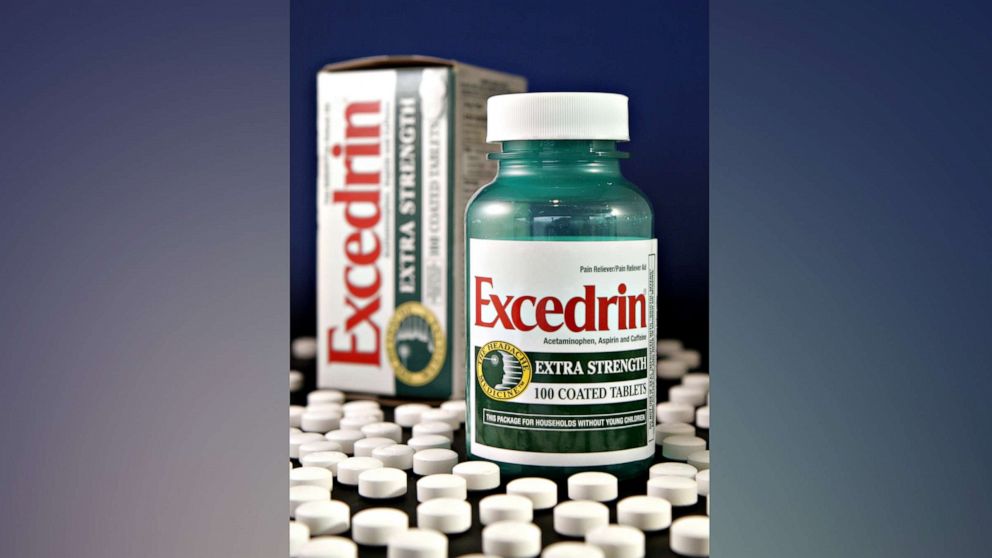 Other GSK pain medicines and generic drugs are still available, but they may be in different dosage, and GSK advises consumers to consult their pharmacists for alternatives, the spokesperson said in their statement.

Some patients say those options don’t provide them with the pain relief they need.

“I’ve been suffering for about 10 years. I’ve gone to the doctors. I’ve tried prescription medicines. I had Botox. I’ve tried medical marijuana and I still end up going back to Excedrin,” Ashleigh Eldred, who discovered that her preferred pain medicine wasn’t available when she tried to purchase it at a Walgreens in Clay, New York, told WSYR.

Customers looking for Exedrin in Central New York faced empty shelves in some chain stores and pharmacies, including Wegmans, Tops, Walmart and Walgreens, as well as in independent pharmacies, WSYR reported.

“If I have a migraine attack, I’m not sure if I was to not have any on me, what I would do,” Eldred said.