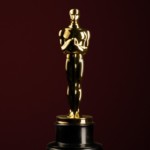 It is Hollywood’s biggest night and ABC Columbia will be bringing you all the Oscars coverage.

For all the coverage on the Academy Awards click here  https://abc.com/shows/oscars

Get the latest on Oscars Live Coverage by clicking here https://oscar.go.com/

SCHP: Wreck on I-26 East near Exit 91 in Lexington causing traffic issues