(ABC NEWS) —-Since 17-month-old Lennyn Lyons was first diagnosed with cerebral palsy six months ago, she’s undergone four brain surgeries. Her mother, Brianna, was unsure she would ever be able to walk.

On Friday, Lennyn took her first steps at her family’s home in Holiday, Florida.

Her ecstatic mom cheered on her little one as she filmed the joyous moment. 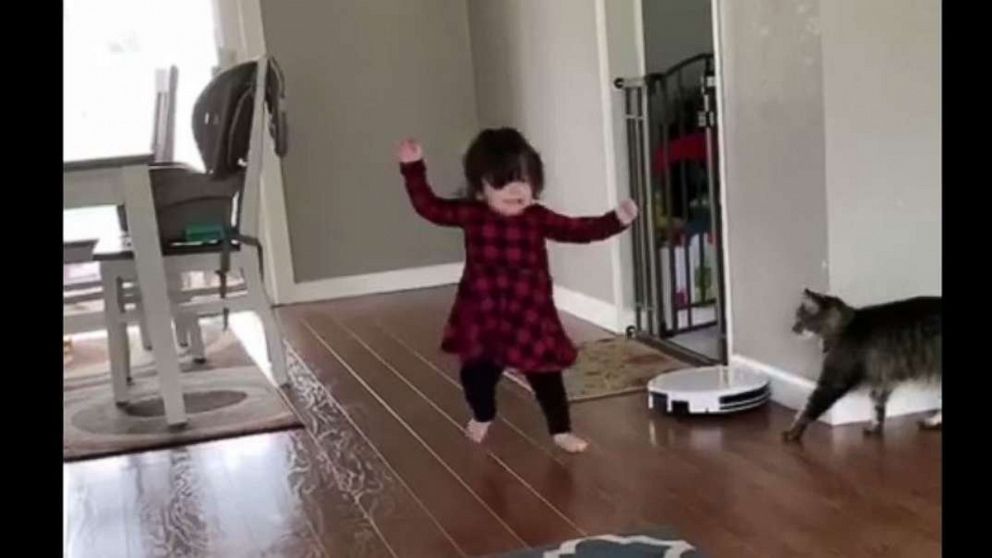 Even through Lennyn stumbled and fell in the short video, she picked herself up and continued on.

4 brain surg’s later, we have a walking toddler who was diagnosed with #cerebralpalsy 6 mths ago. She wasn’t supposed to walk and if she did it would be with equipment. #BLESSED. #hydrocephalus #goals #motivation #cantstopwontstop @hydroassoc #FeelGoodFriday #FridayThoughts pic.twitter.com/Yapp5XnQxU

Lennyn was all smiles after her first steps.

According to the CDC, cerebral palsy is caused by abnormal brain development or damage to the developing brain that affects a person’s ability to control his or her muscles.