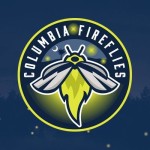 COLUMBIA, S.C. (WOLO) – Have you often been told that you are a great singer? Do you have pride in your country and love to use your voice to show it off? Well now is your chance to prove that you have what it takes to be a National Anthem singer for the Columbia Fireflies!

The Columbia Fireflies have announced auditions dates for soloists and groups of all ages to perform the “Star Spangled Banner” at home games during the 2020 season.

Any interested person should reserve their audition time by emailing Nick Musial at  nmusial@columbiafireflies.com or (803)888-3047.

If you knocked it out the park during your last audition and were chosen to perform at a Fireflies game in the past, you still have to audition again.

According to a press release, the Fireflies will host 70 home games between April 9th and September 4th. Performances during the season are not guaranteed to everyone that auditions.

Those that are selected to perform will receive four complimentary tickets to the game the night of their performance.