(ABC News) —Federal law enforcement is warning of an increase in hate crimes against Asian Americans as the coronavirus crisis continues to grow, according to a new FBI analysis obtained by ABC News.

“The FBI assesses hate crime incidents against Asian Americans likely will surge across the United States, due to the spread of coronavirus disease … endangering Asian American communities,” according to the intelligence report, which was compiled by the FBI’s Houston office and distributed to local law enforcement agencies across the country. “The FBI makes this assessment based on the assumption that a portion of the US public will associate COVID-19 with China and Asian American populations.”

The contagion that has left much of the nation in near-lockdown and caused thousands of deaths globally began late last year in the region of Wuhan in eastern China. Since then, many Americans, including President Donald Trump and other political leaders and media commentators, have adopted the practice of calling the ailment the “China virus” or some other variant that makes reference to China or Wuhan, rather than “coronavirus” or “COVID-19,” the terms used by federal health officials and in the FBI analysis. The rhetoric, critics say, has fueled ill will and has led some people to act out against Asian Americans.

Trump has defended his language, explaining that it’s simply a way of reminding people from where the virus emanated. He has also denied the term is racist or that the term maligns people of Asian heritage.

“It did come from China,” Trump said at a White House briefing Tuesday. “It is a very accurate term.”

Two days later the president said, “We have to protect our Asian Americans,” echoing a tweet from earlier in the week in which he said the coronavirus was “NOT their fault in any way, shape, or form.” At a White House briefing Thursday the president could not point to any specific measures he was taking to protect the Asian American community.

The FBI report made no reference to Trump or any other official.

The analysis noted there has already been a surge in reports of hate crimes and lists a series of incidents from Los Angeles to New York to Texas. 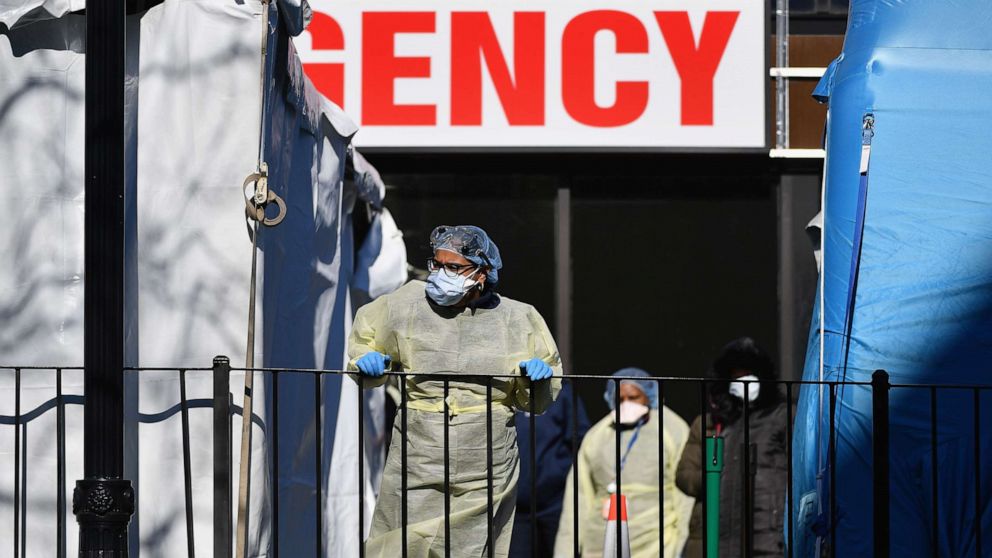 The document detailed a March 14 incident in Midland, Texas, in which “three Asian American family members, including a 2-year-old and 6-year-old, were stabbed … The suspect indicated that he stabbed the family because he thought the family was Chinese, and infecting people with the coronavirus.”

FBI spokesperson Lauren Hagee said she could not comment on the document but stressed, “we do want to assure the public the FBI remains committed to ensuring national security and pursuing violations of federal law.”

Statistics show that the Asian population in the U.S. grew by 72% between 2000 and 2015, making it the fastest-growing ethnic group in the country, according to the Pew Research Center.

Gregg Orton, national director of the National Council of Asian Pacific Americans, told ABC News the intelligence document “is an indication of how serious the problem is. We need to stop dismissing this. It’s easy to dismiss racism when it doesn’t impact you.”

Orton said he and his colleagues expect a continue uptick in incidents and he stressed how the matter is not minor. “This is people’s safety and it’s affecting their lives,” he said.

“Maybe it is China’s fault or the [Chinese] government’s fault,” Orton said of the spread of the virus throughout and then out of China. “There will be a time and place for that conversation. But right now we’re in the thick of this and we have to be mindful of the language we’re using.”

Billy McFarland speaks on the Fyre Festival scandal for first time from prison.

Most Unusual Job Posting - Maybe Ever