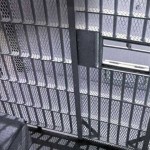 RICHLAND COUNTY, S.C. (WOLO) – Two teens are behind bars charged in the shooting death of a man last month.

The victim, Dayon Geiger, was found unresponsive in the driver’s seat of one of two crashed vehicles in the 100 block of Elder’s Pond Road on March 26th, deputies say.

Two 17-year-old males have each been charged with murder, armed robbery, and possession of a weapon during a violent crime.

Their names are being withheld due to their age.

One suspect was taken into custody at his home on April 3rd; The second suspect was arrested by the Richland County Fugitive Task Force Monday morning at his home.

Both suspects have been taken to the juvenile wing of the Alvin S. Glenn Detention Center.

Exploring the connection between COVID-19 and heart health