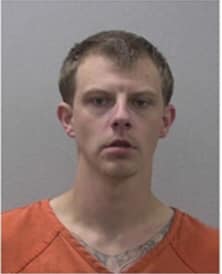 On May 17, Raines is accused of breaking into several storage units deputies in the 1800 block of Dutch Fork Road.

When deputies arrived on the scene, they say they found at least five units that had their locks cut off with items missing.

Evidence linked Raines to the crimes and while attempting to arrest him on May 18,  deputies say he fled in a vehicle that he crashed into a tree and fled on foot.

Deputies say he is known to spend his nights at different hotels and motels.

Anyone who sees him or knows where he is asked to not approach him and call 911.