‘Dancing with the Stars’ unveils 2020 cast 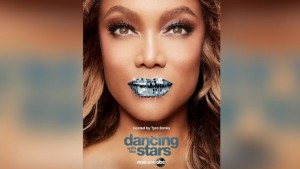 (ABC NEWS)— Dancing With the Stars” is foxtrotting back into our lives on Sept. 14, and “Good Morning America” is exclusively revealing the celebrities competing on season 29.

Each of these 15 famous faces hoping to win big will be paired up with their very own pro, who will help them along their “DWTS” journey, during the premiere.

As for noteworthy pros for the 2020 edition, Britt Stewart has the distinction of being the series’ first-ever Black female pro.

“I am extremely honored and I honestly get a little emotional talking about it every time,” Stewart exclusively told “GMA” about her casting. “I think there’s a lot of power in representation and seeing someone that looks like yourself in a specific position.”