(ABC News) —It appears President Donald Trump will have to find a new preferred platform to share his views with the world.

Twitter announced Friday evening that it had permanently suspended Trump. 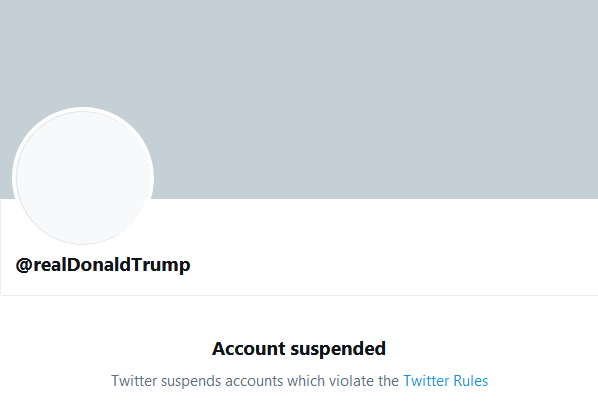 “After close review of recent Tweets from the @realDonaldTrump account and the context around them — specifically how they are being received and interpreted on and off Twitter — we have permanently suspended the account due to the risk of further incitement of violence,” Twitter wrote in a statement.

Trump’s final tweet said he would not be attending the inauguration of President-elect Joe Biden.

Hashtags for “TrumpBanned” and “Thank you Twitter” quickly rose to the top of the social media site in the wake of the permanent suspension.

The blog post from Twitter cited the events of Wednesday’s raid on the U.S. Capitol as a reason for the suspension. Trump’s account had been temporarily suspended in the wake of the rioting, but warned the president another violation of its terms of service would result in a permanent ban.

“In the context of horrific events this week, we made it clear on Wednesday that additional violations of the Twitter Rules would potentially result in this very course of action,” the company wrote.