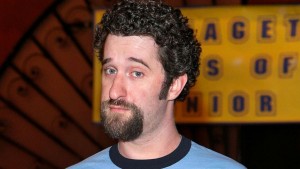 ABC NEWS– Actor Dustin Diamond has died at the age of 44.

A representative for the “Saved by the Bell” actor confirmed his death from carcinoma on Monday.

“We are saddened to confirm of Dustin Diamond’s passing on Monday, February 1st, 2021 due to carcinoma,” the statement read. “He was diagnosed with this brutal, relentless form of malignant cancer only three weeks ago. In that time, it managed to spread rapidly throughout his system; the only mercy it exhibited was its sharp and swift execution. Dustin did not suffer. He did not have to lie submerged in pain. For that, we are grateful.”

Diamond was most famous for playing Samuel Powers (aka Screech) in the “Saved by the Bell” franchise for 13 years.

He also appeared in films including “Dickie Roberts: Former Child Star” (2003), “American Pie Presents: The Book of Love” (2009) and more.

Actor Will Smith speaks out about slapping comedian Chris Rock