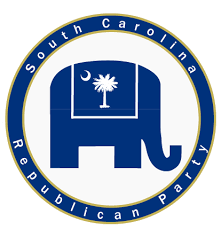 COLUMBIA, S.C. (ABC News/AP)  — In South Carolina — where Donald Trump’s 2016 primary victory marked a turning point in solidifying his nomination, and where support for him remained high throughout his term — the contest to lead the state’s Republican Party is turning into a debate over whose support for the former president is highest.

On one side is Drew McKissick, seeking his third term at the helm of a party that last year further strengthened its power, expanding control in the Legislature, winning back a congressional seat and securing a fourth term for U.S. Sen. Lindsey Graham. McKissick successfully called off the state’s Republican primary in favor of throwing support behind the incumbent, with McKissick saying Trump faced “no legitimate primary challenger” and had a “record of results” there.

On the other side is Lin Wood, a Georgia attorney who has insisted Trump actually won the election, but that it was rigged for him to lose. Trump has praised Wood as doing a “good job” filing legal challenges claiming voter fraud, though Trump’s campaign has at times distanced itself from him, and dozens of lawsuits making such allegations were rejected by the courts.Wood was banned from Twitter in January after calling for then-Vice President Mike Pence’s execution following Pence’s statement he would not interfere with congressional certification of the election.McKissick has secured Trump’s endorsement. In February, Trump said he had done a “great job” leading the party in the state, which, as home of the first-in-the-South presidential primaries, plays a crucial role in the nominating process. Earlier this week, Trump doubled down after reports of Wood’s interest in the position surfaced, issuing a news release further praising McKissick but making no reference to Wood.New to South Carolina, Wood over the past year has purchased three plantations totaling more than $16 million in Beaufort County, a coastal area south of Charleston, popular with retirees. Last month, Georgia officials opened an investigation into Wood following allegations he had not been a legal resident despite voting in the state during the 2020 election. Wood told The Associated Press he only became a legal resident of South Carolina effective Feb. 1.

During a call this week with Republicans across South Carolina, Wood said he sensed “dissatisfaction” with McKissick’s leadership during conversations with activists affiliated with tea party groups. Asked to elaborate, Wood said McKissick had been described to him as a “RINO” — Republican In Name Only — and that he felt such a person was the wrong fit for the state party, citing similar shifts as his reasons for leaving Georgia.

“I don’t believe he has supported some aspects of what happened to Donald Trump,” Wood said, alluding to his argument of widespread voter fraud. “I believe that every legitimate leader should be demanding an investigation. Has Mr. McKissick done that?”

Asked to respond to those questioning his Trump support credentials, McKissick laughed off the allegation.

“Some of these people who have been taking shots are more than likely Libertarians who can’t win as Libertarians, so they get involved in the Republican Party,” McKissick said. “You’ve got, mixed with that, a group of people who are using the name of Donald Trump to try to make people think they are the only true Trump supporters, and everybody else is a bunch of RINOs. I get that. It’s politics. It happens all the time.”

Despite McKissick’s confidence in his reelection, some grassroots activists within the state party say he should be replaced because of his support of primary challengers vying to unseat a handful of Republican state lawmakers. Dean Allen, secretary of the Anderson County GOP and former candidate for state adjutant general, said he respected McKissick’s accomplishments but would be looking toward Wood or another candidate when nominations come from the floor during next month’s convention.

“Drew is a man of considerable talent,” Allen said. “But in the past couple of years, he’s made some bad decisions. … I don’t have any animosity toward him personally. He’s just burned a lot of bridges with us here.”

For his part, McKissick is leaning into his coveted endorsement.

“As the president pointed out, we’ve achieved results here in South Carolina,” McKissick said. “When you win more Republican campaigns than anybody in more than 140 years, that’s a pretty good measuring stick of how you’ve done your job.”

McKissick said his confidence in Trump’s backing was shored during a phone call Tuesday, when the former president asked about Wood. “(Trump) was like, ‘Who’s this attorney guy who is running against you? Does he even live in South Carolina?’ Then he said, ‘That’s weird,’ or something like that. It was kind of comical.”

— Meg Kinnard can be reached at http://twitter.com/MegKinnardAP.

Prosecutors: No charges for officer in Capitol riot shooting

Biden to pull troops from Afghanistan, end longest US war

Protests continue in Minnesota over the death of Daunte Wright