Chris Harrison says he is 'excited to start a new chapter' 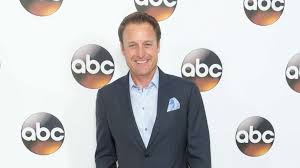 The TV personality took to Instagram on Tuesday to announce his departure.

“I’ve had a truly incredible run as host of The Bachelor franchise and now I’m excited to start a new chapter,” the 49-year-old began. “I’m so grateful to Bachelor Nation for all of the memories we’ve made together. While my two-decade journey is wrapping up, the friendships I’ve made will last a lifetime.”

“Chris Harrison is stepping aside as host of ‘The Bachelor’ franchise,” the statement said. “We are thankful for his many contributions over the past 20 years and wish him all the best on his new journey.”

This news comes three months after Harrison announced he was “stepping aside” from the reality TV dating franchise after he came under fire for racially insensitive comments during season 25 of “The Bachelor,” which starred Matt James, the first Black Bachelor.

These comments were made after old photos of contestant — and eventual winner — Rachael Kirkconnell attending an “Old South” antebellum plantation-themed party in 2018 resurfaced online.

Harrison defended Kirkconnell in an interview with “The Bachelorette” alum Rachel Lindsay, the first Black Bachelorette, saying Kirkconnell was a victim of so-called “cancel culture” and asking for “some grace.” He later apologized.

In an interview on “Good Morning America” in March, Harrison said he stood “against all forms of racism” and he sought out insight from “leading scholars, teachers [and] faith leaders” to better understand issues of race.

“I am an imperfect man, I made a mistake and I own that,” he told “GMA.” “I believe that mistake doesn’t reflect who I am or what I stand for. I am committed to progress, not just for myself, also for the franchise. And this is a franchise that has been a part of my life for the better part of 20 years and I love it.”

Harrison also said he fully intended to take up hosting duties in the future, saying, ”

I plan to be back and I want to be back. And I think this franchise can be an important beacon of change. I know that change is felt, not just by me, but by many others. And we are excited and willing to do the work to show that progress.”

Though Harrison appeared throughout James’ already recorded season of “The Bachelor” and the “Women Tell All” episode, he was not present for the “After the Final Rose” special and was instead replaced by Emmanuel Acho.