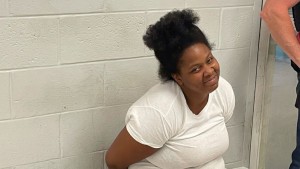 (ABC News) Tulsa, OK —A woman who was on the run for allegedly being an accessory to a murder in March has been arrested after commenting on the police department’s Facebook post asking about her reward money.

The strange ordeal began last Wednesday when the Tulsa Police Department in Oklahoma posted a couple of images of Lorraine Graves on Facebook as part of their “Weekly Most Wanted” campaign.

“The Tulsa Police Department is looking for information about the whereabouts of Lorraine Graves,” the post read. “Lorraine Graves is charged with Accessory to Murder. Detectives say she was involved in the city’s 10th homicide of 2021 where Eric Graves was shot and killed at the St. Thomas Square Apartments.”

Not long after the post went up, authorities saw a familiar name in the comments section: Lorraine Graves.

“Where’s the reward money at,” Lorraine Graves can be seen posting after she saw that she was on the “Weekly Most Wanted” list, on a screen shot shared by the Tulsa Police Department.

Her comment, perhaps unsurprisingly, sparked a lot of reaction on social media.

“Giiiiirl you better stay off social media they can track you !!” one person commented.

“Aint gonna be as funny when you get processed,” said another in an image shared by the Tulsa Police Department. 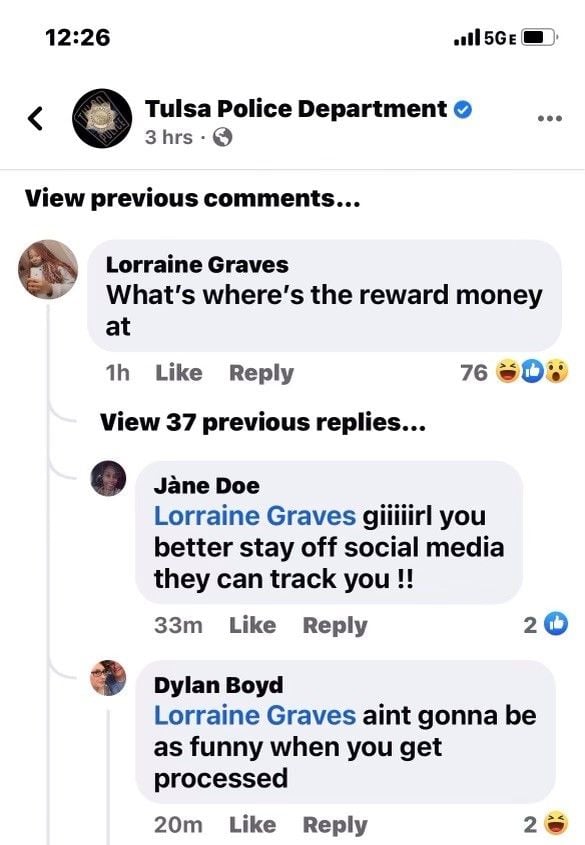 Graves was subsequently arrested the next day at approximately 4:30 p.m. after detectives with the Tulsa Police Department’s Fugitive Warrant’s unit were able to track her down in a home in north Tulsa.

The two other suspects allegedly involved in the murder of Eric Graves — Jayden and Gabriel Hopson — have been charged with murder and are already being held in police custody.

Authorities did not disclose the relationship between Eric and Lorraine Graves but did confirm that she has now been charged with Accessory to Murder and her bond has been set at $500,000.

Biden to announce new eviction ban due to COVID spread