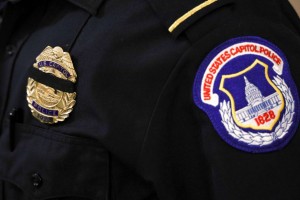 (ABC News) –Two Washington Metropolitan Police Department officers who responded to the Jan. 6 riot died by suicide in July, the department announced on Monday, nearly seven months after the deadly attack on the U.S. Capitol by a mob of pro-Trump supporters.

Officer Kyle DeFreytag, who was on the force since November 2016, and Officer Gunther Hashida, an 18-year-veteran, are the latest of now three MPD officers who have died by suicide since Jan. 6, the department said.

President Joe Biden expressed his gratitude toward the officers in a tweet on Tuesday morning, hailing them as “American heroes.”

“When the United States Capitol and our very democracy were under attack on January 6th, Officers Hashida and DeFreytag courageously risked their lives to defend them. They were American heroes. Jill and I are keeping their loved ones in our prayers during this difficult time,” he said.

When the United States Capitol and our very democracy were under attack on January 6th, Officers Hashida and DeFreytag courageously risked their lives to defend them. They were American heroes. Jill and I are keeping their loved ones in our prayers during this difficult time.

It is not clear if the events of Jan. 6 contributed to the officers’ suicides, and research shows that law enforcement officers experience stressors as a regular part of the job and can struggle with mental health issues. 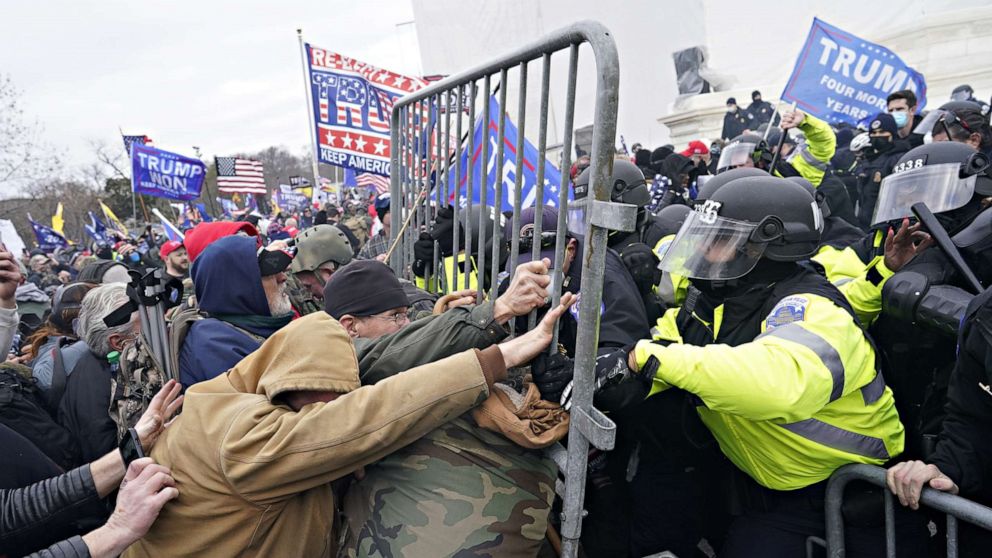 “After assisting riot control at the Capitol on January 6th, USCP scheduled Howie to work lengthy shifts in the immediate days following. He was home for very few hours over the course of four days,” Serena Liebengood, his wife, wrote to Rep. Jennifer Wexton, D-Va., in March.

In the nearly seven months since the attack, law enforcement suicide experts say the families of those who responded to the incident say they’ve behaved differently.

A Jan. 6 rally in support of then-President Donald Trump turned deadly after Trump encouraged his supporters to march to Capitol Hill, where Congress was meeting to certify Biden’s election win.

Rioters breached barricades and security checkpoints, forcing Vice President Mike Pence and lawmakers to evacuate or shelter in place and temporarily disrupting the certification. At least 140 police officers were injured and the Capitol building suffered approximately $1.5 million in damage.
According to B.L.U.E. Help, a nonprofit that works to reduce stigmas tied to mental health issues for those in law enforcement., 87 police officers from across the country have died by suicide so far in 2021.

Karen Solomon, who runs Blue H.E.L.P, said officers are afraid to speak to the media about the Jan. 6 events because for fear of losing their jobs.

“It’s compounded by the public scrutiny and lack of support for the officers, not only by the public but from other officers who are still standing by the ‘it was one day’ suck it up mentality. We are now seven months out, what has been done? How are these officers being assisted?” she said. “This is one of the most talked about events in the country, yet we are still ignoring the needs of some of the victims of this event — the police officers.”

“There is still too much talk around first responder mental health, too much money being wasted discussing what needs to be done, and not enough action,” she added. “How many more families are going to watch their loved ones suffer, watch it sensationalized and then see it disappear again into yesterday’s headlines?”

Last week, the House select committee tasked with investigating the Jan. 6 attack on the Capitol held its first hearing in which lawmakers heard dramatic, emotional accounts from officers who defended the building.

Capitol Police officer Harry Dunn told lawmakers he is receiving private therapy for the “persistent emotional trauma” he faces from that day.

“I know so many other officers continue to hurt, both physically and emotionally. I want to take this moment to speak to my fellow officers about the emotions they are continuing to experience from the events of Jan. 6. There’s absolutely nothing wrong with seeking professional counseling,” Dunn said. “What we went through that day was traumatic, and if you are hurting, please take advantage of the counseling services that are available to us.”

He also pleaded with the panel, which hasn’t announced its next public hearing, to look into mental health resources available for officers to decide if they are “sufficient enough to meet our needs.”

Consumer News: Home sales slow in August, how much Americans are expected to spend on Halloween and more