Russia says they are prepared to open humanitarian corridors, but it's unclear if those corridors for people will be made available 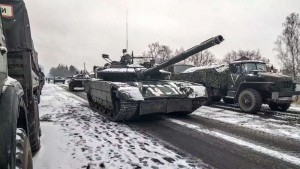 (ABC News) — Russia’s military has announced another temporary cease-fire in Ukraine beginning Tuesday at 10 a.m. and said it is prepared to open humanitarian corridors from Kyiv and several other key Ukrainian cities it has encircled.

In a statement, Russia’s defense ministry said the corridors would allow people to go north to Russia and its ally Belarus, adding that it would also allow routes in some places to other parts of Ukraine.

The ministry said there will be corridors from Kyiv, as well as the northern cities Chernihiv and Sumy and the key eastern cities Kharkiv and Mariupol.

Russia had initially proposed corridors only to Russia and Belarus, which Ukraine had rejected as “immoral.”

However, Russia has previously violated its own cease-fire, shelling evacuation areas, and it is unclear if corridors for people to move within Ukraine will actually be made available.

Russian President Vladimir Putin also said in a video address that Russia will not call up additional reservists or send in conscripts to fight the war in Ukraine, saying it will be fought only by professional soldiers.

“The tasks are solved only by professional military personnel,” Putin said. “I am sure they will reliably ensure security and peace for the people of Russia.”

His comments came in a video message to Russia’s women on International Women’s Day, saying he understood the concerns of the “mothers, wives, sisters, brides and girlfriends of our soldiers and officers who are now in battle, defending Russia during a special military operation.”

Some reports indicate that Russian conscripts have been pressured into signing professional contracts before being deployed into Ukraine.