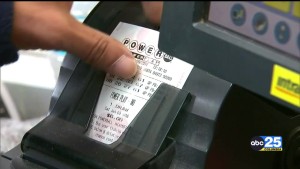 Columbia, SC (WOLO) — It’s the highest Powerball jackpot in history. $1.9 billion dollars up for grabs, but it could take a little more time to find out  if you actually have the winning ticket in your possession. Monday night’s drawing was suppose to be held at 10:59 p.m.,  but as thousands waited for the numbers to be released there was nothing but a message saying the results of lottery numbers were “pending”.

As of 11:45 Monday night the winning Powerball numbers still had not been drawn as the lottery continued to work on technical problems.  No specific reason has been given for what may have caused the glitch which now has the lottery making history for even more reasons.

Stay with ABC Columbia News as we keep you updated on air and online as this ongoing situation continues to develop.

#PowerballJackpot is up in air. Lottery officials have not released the winning numbers for Monday night’s drawing as ‘technical problems’persist. @abc_columbia pic.twitter.com/2NB72quRvP