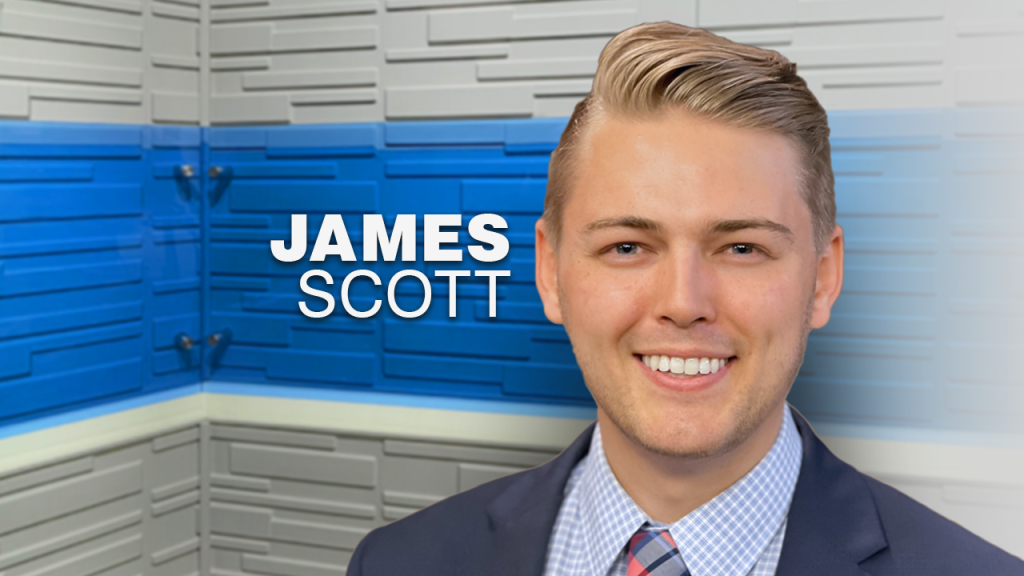 James Scott is the weekend meteorologist for ABC Columbia, a position he’s held since June 2019.

Born and raised in Chapel Hill, NC, James attended Carrboro High School and graduated in 2014. After playing a year of prep basketball at Hargrave Military Academy in Chatham, VA, he found that college basketball wasn’t in the cards for him and decided to focus on his true passion: meteorology.

James immersed himself in the wide world of weather at North Carolina State University (Go Pack!). He quickly joined the weather broadcast club but struggled at first and was unsure if TV was the right field for him to be in. That all changed, however, after his first internship at WECT in Wilmington, NC. James was taught and inspired by the weather team there, which renewed his passion for broadcast meteorology. The next summer, he interned at KARE in Minneapolis, MN, which only deepened his love for broadcasting. The 18 hours of sunlight per day did mess up his sleeping patterns, however. By the time he graduated, he became the president of the broadcast club at NC State and was ready to become a brand new meteorologist.

James is an avid sports watcher, whether it be professional or college. He loves the Miami Heat, Philadelphia Eagles, Boston Red Sox, Carolina Hurricanes, and his beloved NC State Wolfpack. He’s always down for a game of basketball!