ABC Columbia is new home for the SEC Network 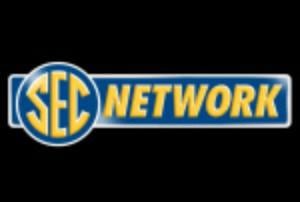 With the agreement, every South Carolina Gamecocks Men‘s and Women‘s basketball game will now be fully distributed in Columbia, S.C.

“With the SEC Network, we aim to reach all SEC fans where they live and watch sports,” said Chris Turner, ESPN senior director, SEC programming. “We‘re excited to have ABC Columbia provide hometown fans more action-packed Gamecock football and basketball than ever before.”

“We‘re delighted that ABC Columbia, WOLO TV will be the new home for the SEC Network in the Columbia market.” said Chris Bailey, ABC Columbia Vice President and General Manager. “This unique arrangement with our station, WKTC My 63, and ESPN Regional Television not only allows more main-channel coverage, but more South Carolina games on local television. More easily-accessible games for SEC sports fans is what we all now provide.”

The agreement provides WOLO Digital 25.4 as a programming alternative should any ABC programming issues arise during a non-USC game.

You can read the complete release on this exciting announcement by clicking here, which will take you to the SEC Network’s official website and press release.

Consumer News: Cruises are a step closer to returning and car prices are climbing

National Day of Prayer celebrated at the Statehouse Thursday