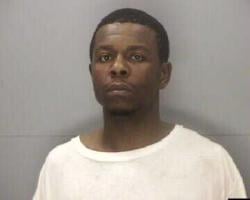 Columbia, SC (WOLO)– Deputies have arrested a man accused in a violent home invasion. Richland County Sheriff Leon Lott says Ricardo Joseph was arrested at midnight Wednesday morning at a home in Hopkins. Lott says on June 14th, Joseph forced his way into a home, made his victims strip naked, and stomped on one of them until he was unconscious. Lott says Joseph then stole money from the victims and ran away.