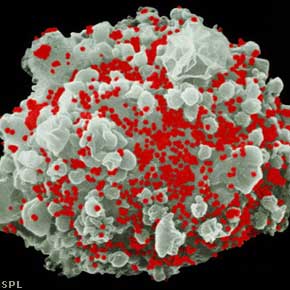 COLUMBIA, S.C. (AP) — South Carolina health officials are stressing the importance of HIV testing as part of a national campaign. 47-year-old Veronica Brisco wishes she had gotten tested sooner. Perhaps she may not be living with HIV today. She encourages people to get tested regularly. She says it’s not enough to assume that the people with whom you sexually engage are negative. She stresses that message with her 16-year-old son, Cameron. Both of them support National HIV Testing Day, June 27. The South Carolina Department of Health and Environmental Control says events are being held throughout this week to highlight the need for HIV and AIDS testing. Officials withe South Carolina HIV/AIDS Council say even though National HIV Testing Day is one day of the year, people should know their status everyday. They say a variety of testing options is available, including a rapid HIV test, which shows preliminary results within an hour. State health officials say more than 15,000 people are living with HIV in South Carolina. Nationally, the Centers for Disease Control and Prevention estimates that more than 1.1 million Americans live with HIV, and about 230,000 of them are unaware they are infected with the virus.