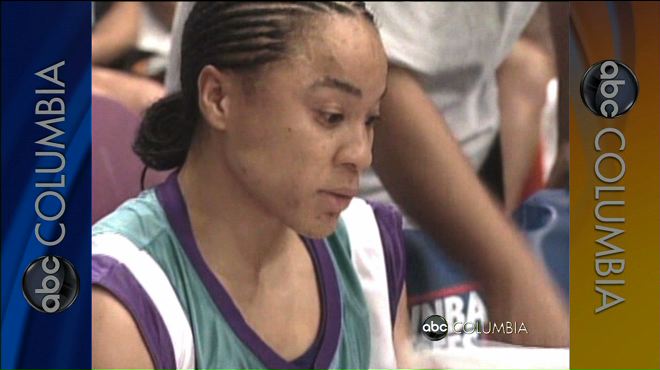 COLUMBIA, S.C. – University of South Carolina head women‘s basketball coach Dawn Staley and assistant coach Nikki McCray are among the six inductees to the Women‘s Basketball Hall of Fame Class of 2012 as announced by the organization at halftime of the WNBA All-Star game today. Additionally, Staley was voted one of the WNBA‘s Top 15 players of all time, a list voted on by fans, select national and WNBA-market media as well as current players and coaches to honor the most influential players since the league‘s inception in 1997. “What a great honor for these two women, and what a great staff we have in our women‘s basketball program,” South Carolina Director of Athletics Eric Hyman said. “Dawn and Nikki have achieved everything today‘s young players are aiming for themselves, and I can‘t imagine better role models to have on our sideline.” Staley is an iconic figure in international women‘s basketball, arguably the best point guard the game has seen. After earning USA Today National High School Player of the Year honors, she went on to a stellar career at the University of Virginia. A three-time Kodak All-American, Staley was the Sports Illustrated Player of the Year and won the Honda-Broderick Cup Award for Collegiate Female Athlete of the Year in 1991 after leading her Cavaliers to the national championship game. She played in three NCAA Final Fours and was twice the ACC Player of the Year. On the international stage, Staley continued to excel and has been part of the United States‘ last four Olympic gold medals – three as a player (1996, 2000, 2004) and one as an assistant coach (2008). Twice named USA Basketball‘s Female Athlete of the Year (1994, 2004), she was selected by her fellow Olympians from all sports to carry the flag in the 2004 Olympic Games Opening Ceremony. Following the success of the 1996 Olympic team, Staley joined one of the two fledgling professional leagues in the U.S., playing with the Richmond (later relocated to Philadelphia) Rage of the ABL for two seasons, earning All-Star status both years. After joining the WNBA in 1999, Staley garnered five All-Star selections, twice earned the Kim Perrot Sportsmanship Award and was named to the All-Decade Team. After her retirement in 2006, the league began awarding the Dawn Staley Community Leadership Award in 2007. “It is a true honor to be selected to the Women‘s Basketball Hall of Fame,” Staley said. “I thank the panel of voters that allowed me to be inducted with my friend and colleague Nikki McCray. We both join pioneers and peers of our beloved game that helped us reach this wonderful milestone.” McCray made her mark on women‘s basketball with an All-America career at the University of Tennessee. She earned Kodak and Naismith All-America honors and was the SEC Player of the Year in both her junior and senior seasons. Upon graduation, McCray immediately reported to USA Basketball and was an integral part in the 1996 Olympic gold medal team. She captured her second gold medal with the 2000 squad. Like Staley, McCray kicked off her professional career in the ABL, leading the Columbus Quest to the league‘s first championship, earning MVP honors along the way. She transitioned to the WNBA in 1998 and was a three-time All-Star for the Washington Mystics. McCray retired from the league following the 2006 season to begin her coaching career. “The Hall of Fame is one of the highest accomplishments for an athlete, and I am truly humbled and honored to be inducted into the Women‘s Basketball Hall of Fame,” McCray said. “It has always been a dream of mine, and I would like to thank the committee for selecting me.” At South Carolina, Staley and McCray have helped the Gamecocks improve steadily since their arrival for the 2008-09 season. The team soared in 2010-11, reaching the Women‘s NIT after finishing tied for fifth in the SEC, the program‘s highest finish since the 2002-03 campaign. The other members of the Class of 2012, which will be inducted at the Women‘s Basketball Hall of Fame in Knoxville, Tenn., on June 9 are: Inge Nisson (Old Dominion), Pam McGee (Southern Cal), broadcaster Robin Roberts and Washington University coach Nancy Fahey.

Good News for us in the Midlands