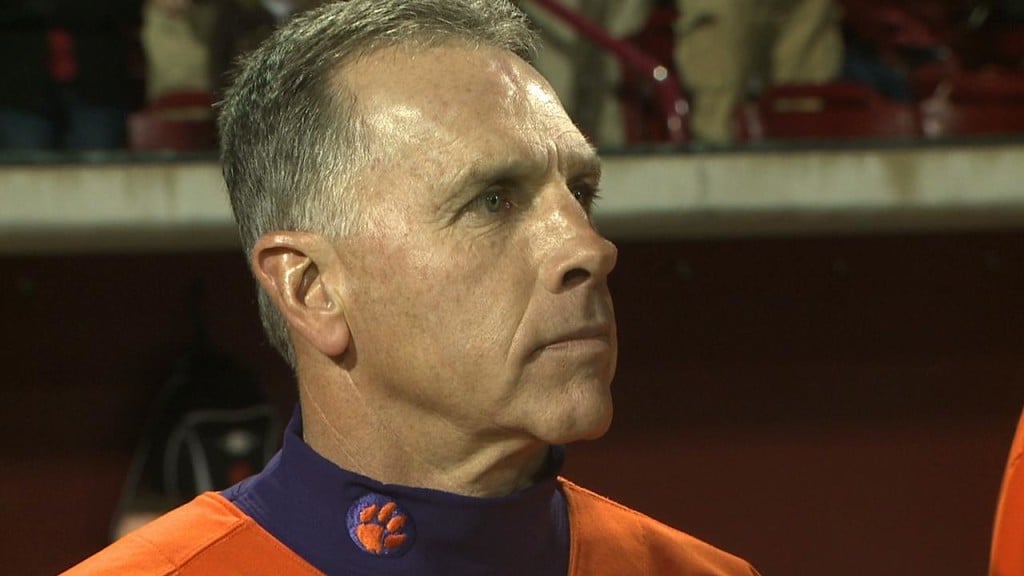 CLEMSON, S.C. (CU SID) — Clemson Baseball Head Coach Jack Leggett signed a new five-year contract, Athletic Director Terry Don Phillips announced on Friday. Leggett, who has served as head coach for 18 seasons (1994-11), signed a contract that will run through the 2016 season. It represents a two-year extension from his previous contract. “We have been working on a new contract for Coach Leggett since the end of the 2010 season,” said Phillips. “We are pleased with the job Coach Leggett has done with this program. Seventeen NCAA Tournament appearances in 18 years, six College World Series appearances, and three Final Four finishes document his level of consistent excellence. “The young men he has brought to the program have been outstanding student-athletes who have represented the program with distinction.” Leggett has an 812-376-1 (.683) record in 18 seasons as head coach at Clemson. The 812 wins, over 45 per season, are second-most in school history, behind only the late Bill Wilhelm (1,161), who selected Leggett as his replacement in the early 1990s. Leggett’s 812 wins, 215 of which have been against top-25 ranked teams, are sixth-most in the nation during his tenure at Clemson. Only Florida State, Wichita State, Rice, Cal State Fullerton, and Miami (FL) have more victories from 1994 through the 2011 season. “I’m very excited being here at Clemson,” said Leggett. “This is where my heart lies. We have had many great moments, but we have some unfinished business that we’re striving for. Many great players and coaches have come through and I want to continue building upon the strong program here at Clemson. I can’t wait to get to work on the 2012 season.” Clemson is 65-39 (.625) in NCAA Tournament play under Leggett, including a 40-9 record (.816) in home NCAA Tourney games. Leggett has taken Clemson to the NCAA Tournament 17 times in 18 years, including six of the program’s 12 trips to the College World Series. Leggett has also taken the Tigers to a super regional nine times in the 13 years that the format has been in existence. In 2011, the three-time ACC Coach-of-the-Year moved into the top 20 in career wins as a head coach at a Division I school. His 1,189 career victories in 32 seasons as a head coach are 15th-most in Division I history and sixth among active coaches.