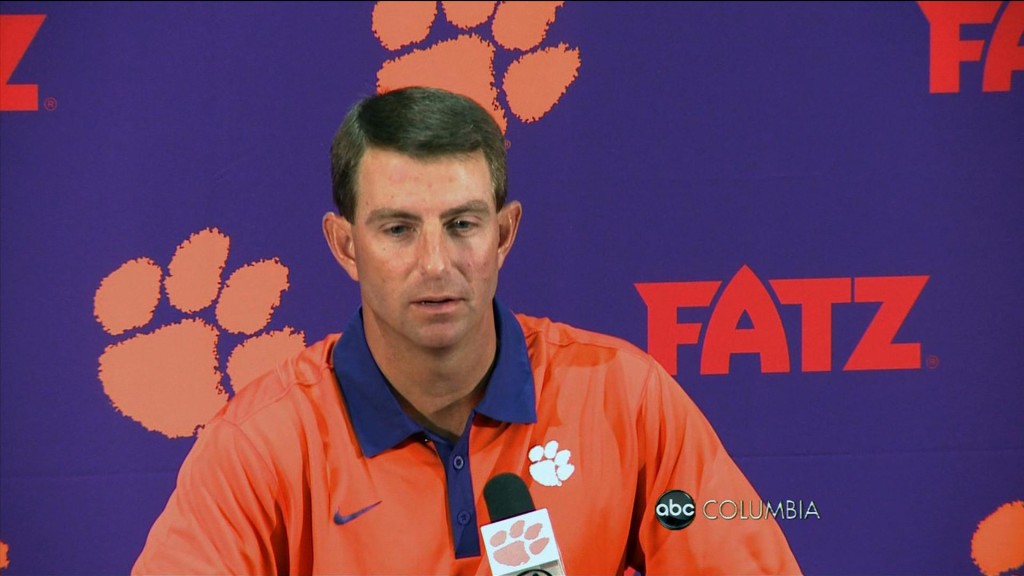 CLEMSON, S.C. (AP) — Clemson coach Dabo Swinney has a sneaky good feeling about his Tigers this season. Swinney told his players this week that they’re capable of special things this fall after coming off their first losing season since 1998. Swinney likes his team’s attitude and preparations for the year, which starts Saturday at Death Valley against Troy. The Tigers lost three of their final four games in 2010 to finish 6-7. Swinney told the team he thought they were ready to prove people wrong about how good they are. Some of Swinney’s optimism comes from the addition of several highly recruited young players including freshman wide receiver Sammy Watkins, who will start this week. Swinney also likes how the Tigers have adjusted to a new offensive scheme. Copyright 2011 The Associated Press.