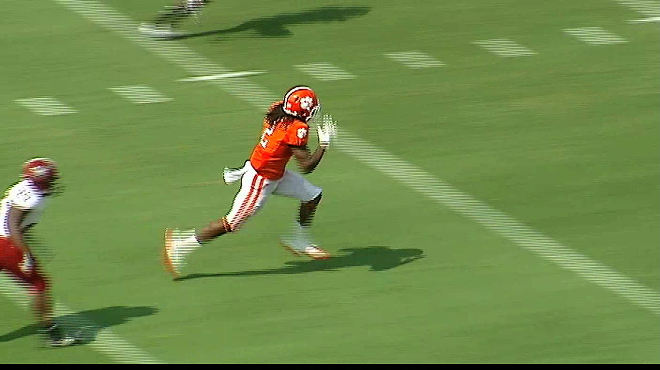 CLEMSON, S.C. (AP) _ Tajh Boyd was 20-for-30 for 264 yards and three touchdowns in his debut as Clemson’s starter, leading the Tigers to a 43-19 season-opening win over Troy on Saturday. Boyd had a shaky first half running offensive coordinator Chad Morris’ faster new spread set, and the Tigers were booed as they left the field down 16-13 at half. But Boyd came back out and led Clemson on two third-quarter touchdown drives, going 11-for-13 for 142 yards. A couple of freshmen played key roles for the Tigers. Sammy Watkins had seven catches for 81 yards. His first reception went for a 33-yard touchdown. Mike Bellamy took his first carry 75 yards for a touchdown in the fourth quarter. In all, freshmen gained 266 of Clemson’s 468 yards. Cory Robinson went 24-for-42 for 258 yards, a touchdown and one interception for Troy, which has won five straight Sun Belt Conference titles.