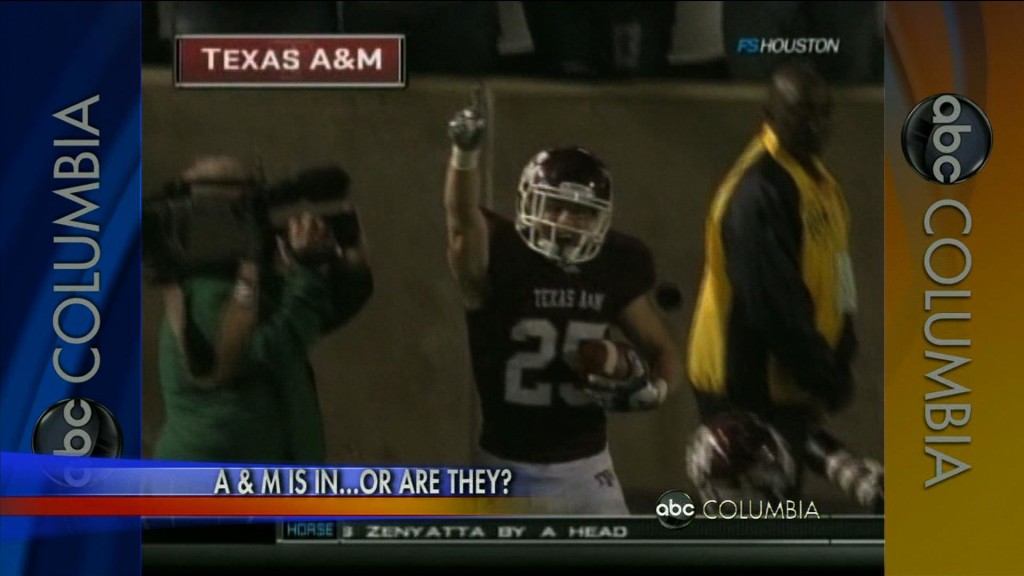 AP — The Southeastern Conference says it has accepted Texas A&M’s application to the league, but the move is being held up because a Big 12 school has threatened legal action if the Aggies leave. The SEC says in a statement released Wednesday that it had already received “unanimous written assurance” from the Big 12 on Sept. 2 that it was free to accept Texas A&M. The SEC says its presidents approved the invitation to Texas A&M, but Wednesday it received word from the Big 12 that one of its schools had withdrawn its previous consent and was considering legal action.