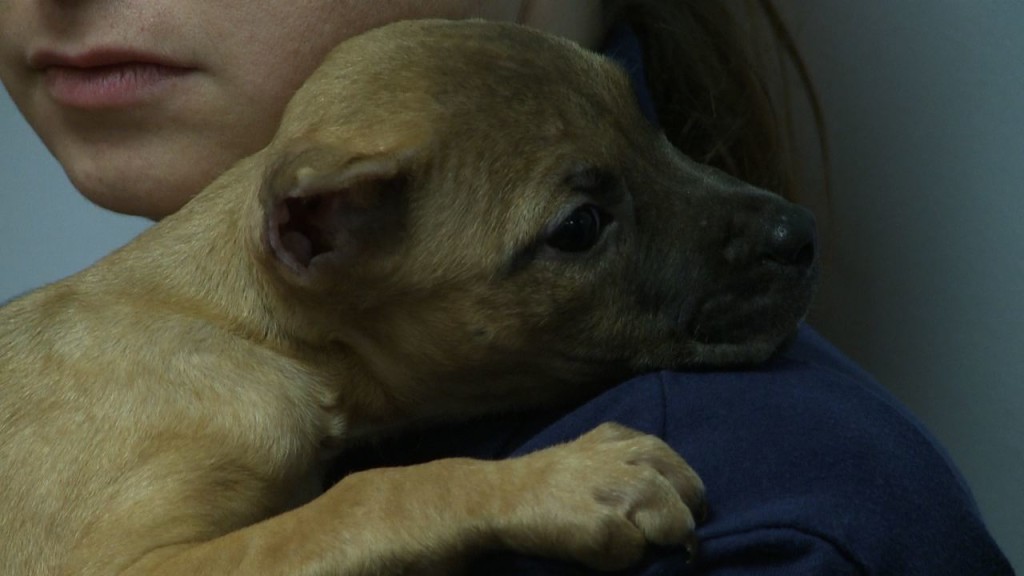 COLUMBIA, S.C. (WOLO) — For the very first time we can put a face with some of the nearly two dozen dogs seized in a dog fighting bust in Richland County. “This is probably about the most in-humane thing that you could do to an animal,” says Richland County Sheriff Leon Lott. Some of the dogs involved are just puppies who’ve had their ears chopped off. Weeks ago, we spoke with Denise Wilkinson of Pawmetto Lifeline about the bust and the torture these animals go through. “They have no ears, because they don’t want the dog who is fighting to be able to attach on to an ear,” says Wilkinson. And it doesn’t stop there. Officials say often times a heavy chain is strapped to the dog and they are forced to carry it around with them in order to build up muscle. And still that’s only the beginning.’ “They use shock collars and hang them from trees,” says Sheriff Lott “They fight to the death and when they lose, they’re killed,” says Sheriff Lott Something Sheriff Lott says he’s seen first hand. “The property that I hunt on is not far from where this is going on and I would find these dogs dead and left on my property from where they had just been killed,” says Sheriff Lott. So far three people have been arrested in the case. The latest, 20 year old Jolisa Cole and 22 year old Santerrio Smith. On the night of the raid, deputies say Smith and Cole tried to flee the scene in a car. When authorities told them to stop, deputies say Smith steered the car toward them. “They actually try to kill two deputies, while trying to escape,” says Sheriff Lott. Cole is charged with knowingly attending a dog fight. While Smith faces two counts of attempted murder along with a laundry list of other charges. Also arrested in the case, 23 year old Stanley Taylor, he faces two counts of felony dog fighting. The investigation into the case is on-going at this time. The Richland County Sheriff’s Office has partnered with Pawmetto Lifeline to try and find foster homes for all the dogs involved in the dog fighting ring. If you are interested in fostering a dog, you can contact Pawmetto Lifeline at (803) – 622 – 4748.