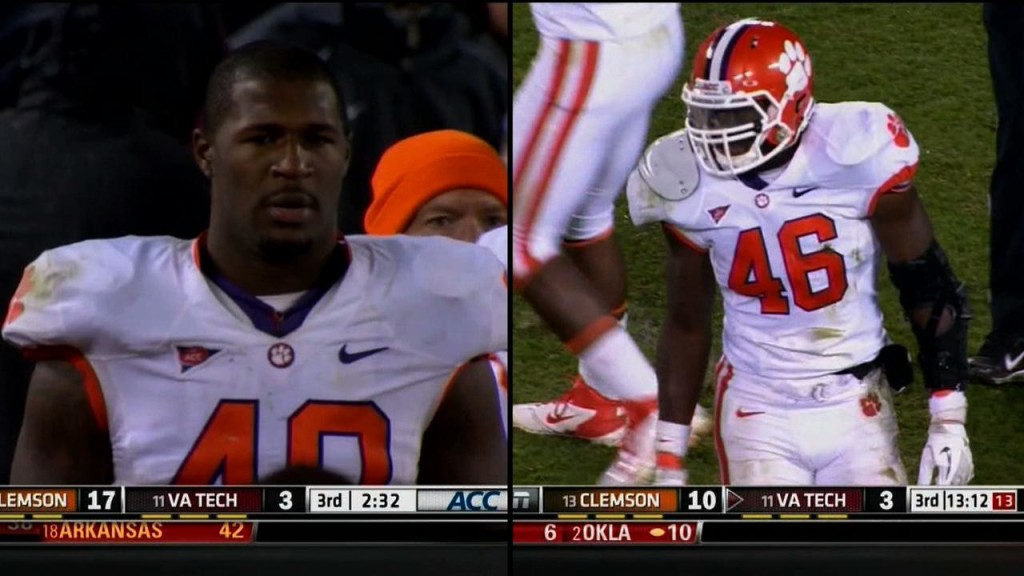 GREENSBORO, N.C. (ACC) — Clemson senior defensive end Andre Branch and junior linebacker Tig Willard headline a list of eight players named as the ACC Football Players of the Week by the Atlantic Coast Conference on Monday. Branch compiled 11 tackles, five tackles for loss and three sacks, all career highs, in the 23-3 win at 11th-ranked Virginia Tech and was named the Defensive Lineman of the Week for his performance. Willard added nine tackles to pick up Linebacker of the Week honors, and both players were key in limiting Virginia Tech to just three points and 258 yards of total offense.