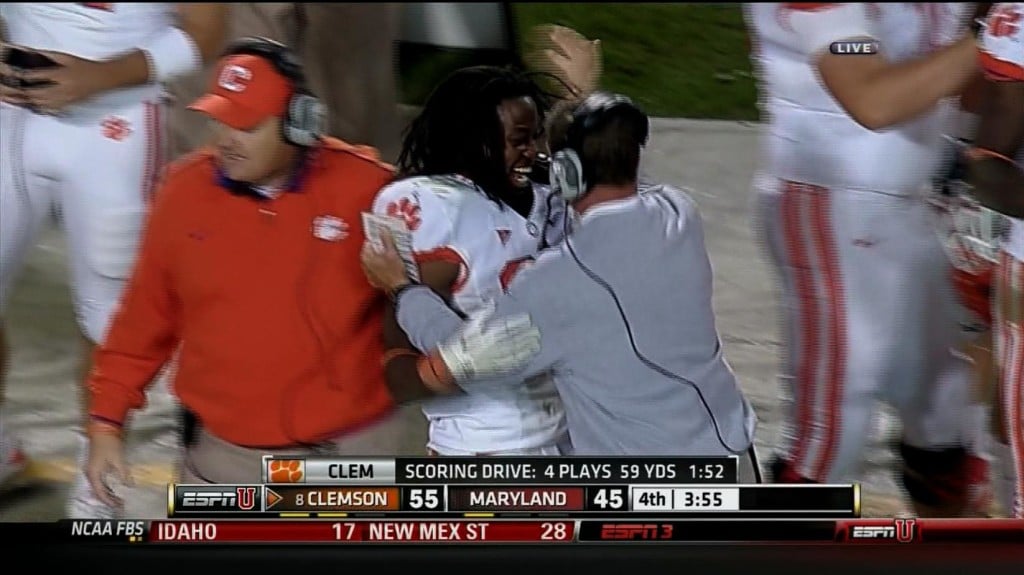 GREENSBORO, N.C. (ACC) — The time has been set for the Clemson at Georgia Tech football game to be played on Saturday, October 29 at Bobby Dodd Stadium in Atlanta, GA. The game is set to kick off at 8:00 p.m. and will be broadcast on either ABC, ESPN or ESPN2. The television network will be announced following the games of October 22. Clemson freshman wide receiver Sammy Watkins was named the Rookie and the Receiver of the Week for his play in the 56-45 win at Maryland, the second time this season he has picked up dual honors in the same week. It is the seventh award overall – four rookie and three receiver – for the true freshman from Fort Myers, Fla. Miami’s Sean Spence was named the Linebacker of the Week for the second straight week for his performance in the Hurricanes’ 30-24 win at North Carolina. Watkins is joined by teammate Andre Ellington, the Offensive Back of the Week, who compiled a career-high 212 yards on the ground in the win at Maryland. Virginia’s Anthony Mihota, the Offensive Lineman of the Week, led an offensive line that helped Cavalier running backs amass 272 yards in a 24-21 win over No. 12 Georgia Tech. His teammate, Matt Conrath, was named the Defensive Lineman of the Week for his career-high nine tackles and a blocked field goal in the first quarter.