It’s a Dance Party at Clemson 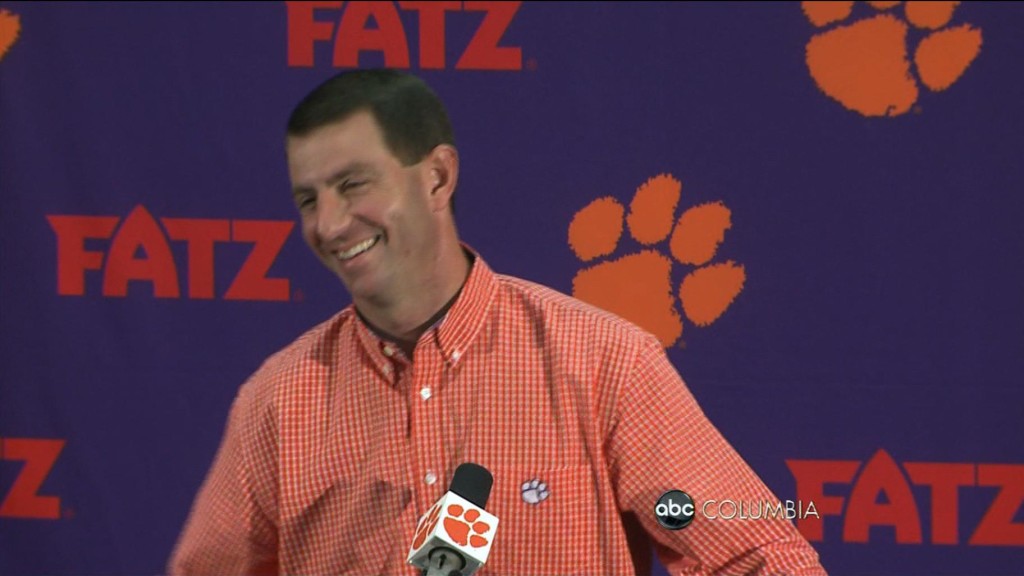 CLEMSON, S.C. (WOLO) — The Clemson Tigers so far are having a season that may be unforgetable. With an 8-0 record and ranked fifth in the BCS Standings, it’s hard for the Tigers not to enjoy its success as the season progresses. After Clemson’s 59-38 victory over North Carolina last Saturday, Tiger head coach, Dabo Swinney, celebrated the victory with his players by dancing in the locker room. Clemson officials have told ABC Columbia it’s not the first time Swinney has done this, and probably not the last. Tigers on video in order of appearance: – Tajh Boyd / QB – Dabo Swinney / Head Coach – Andre Branch / DE – Dwayne Allen / TE