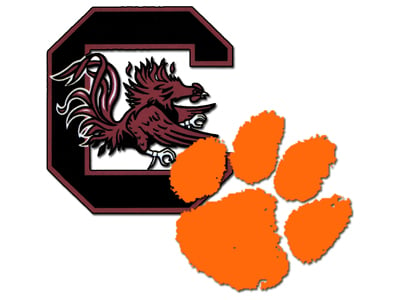 COLUMBIA, S.C. (WOLO) – University of South Carolina head football coach Steve Spurrier and Clemson head football coach Dabo Swinney have been named to the Watch List for the 2011 Bryant Coach of the Year award. Spurrier is one of 20 Division I coaches to make the Marathon Oil Corporation Paul “Bear” Bryant Coach of the Year Watch List. He has the Gamecocks ranked in the top 15 in the country with a 6-1 record, including a 4-1 mark in the SEC. Swinney, another to make the list, has the Tigers sporting an 8-0 record and ranked fifth in the BCS, Clemson’s highest ever BCS ranking. In December, a finalists‘ list will be announced and comprised of five to ten coaches. Finalists will attend an awards dinner on Jan. 19, 2012 in Houston, Texas at the HYATT Regency Hotel Downtown, where the winner will be announced live. The Bryant Coach of the Year Award is the only college coaching honor voted on after all of the bowl games are concluded. Other honoree watch list members named today include Carolina junior cornerback Stephone Gilmore, who was named to the Lott Impact Trophy watch list, and Clemson freshman wide receiver Sammy Watkins, who was named to the Maxwell Award Watch list.