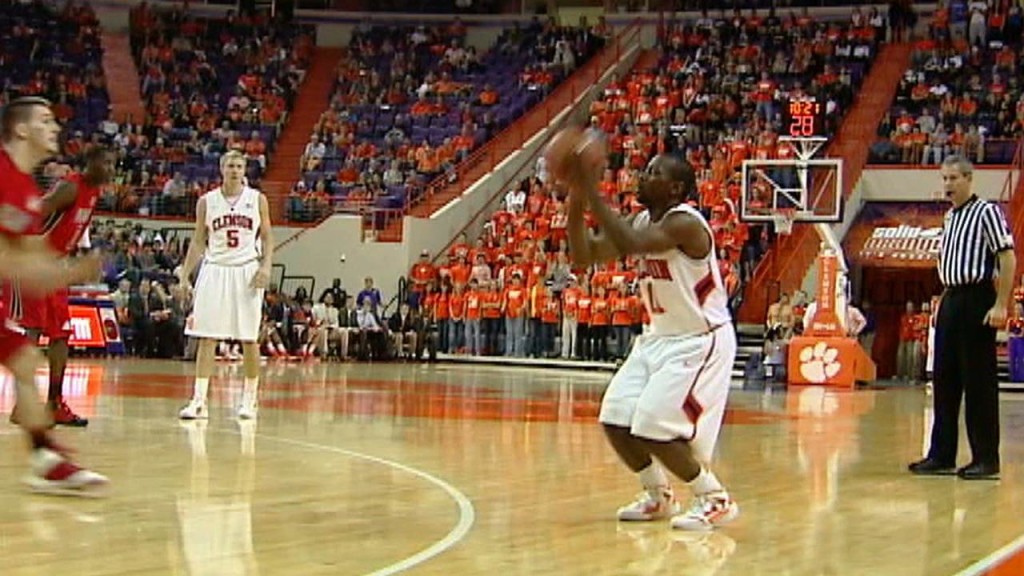 CLEMSON, S.C. (AP) — Andre Young scored 19 points, Tanner Smith had a career-high 14 rebounds and Clemson won its 27th straight season opener with a 65-44 victory over Gardner-Webb on Friday night. The game was tied at 29 at halftime, but the Tigers pulled away from the Bulldogs (0-1) in the second half behind the play of their senior backcourt duo of Young and Smith. Young opened the second half with back-to-back baskets, including his third 3-pointer as part of Clemson’s 23-6 run. Smith controlled play for the Tigers from his point guard position. He collected eight of his rebounds in the opening half and surpassed his previous career best of 10. Freshman T.J. Sapp scored 11 points for the Tigers. Laron Buggs had 14 points to lead Gardner-Webb, which fell to 0-4 all-time against Clemson. Clemson had plenty of questions to answer this season after losing the two top scorers in Demontez Stitt and Jerai Grant from last year’s NCAA tournament team. The Tigers were one of the biggest surprises in the Atlantic Coast Conference last year, finishing fourth in the league and winning an NCAA tournament game for the first time since 1997. Brad Brownell inherited a lot of experience when he took over as Clemson coach last fall. Now, half the Tigers 12-man roster is made up of freshman and Brownell used several of them against the Bulldogs. Sapp started at guard and was 3 of 3 from the field, including two 3-pointers in the opening half. Three other newcomers — guard Rod Hall and forwards Bernard Sullivan and K.J. McDaniels — saw action in the first half. Maybe that was the reason for Clemson’s ragged play as the period wound down. Young’s second 3-pointer with 6:29 to go in the half put the Tigers ahead 26-13. But Gardner-Webb closed the half with a 16-3 run to tie the game at 29. The Bulldogs opened the game shooting 4 of 16 from the field, then hit five of their final eight shots to catch the Tigers. Clemson was 9 of 14 on the way to its big lead, yet made only two of its last seven shots of the half. Clemson turned things around quickly after the break. After Young’s two baskets, Devin Booker took a nifty pass from Sapp for a right-handed jam. Booker added another slam four minutes later to put the Tigers up 43-33. Gardner-Webb could not answer back. The Bulldogs shot just 5 of 21 in the final 20 minutes. Copyright by The Associated Press