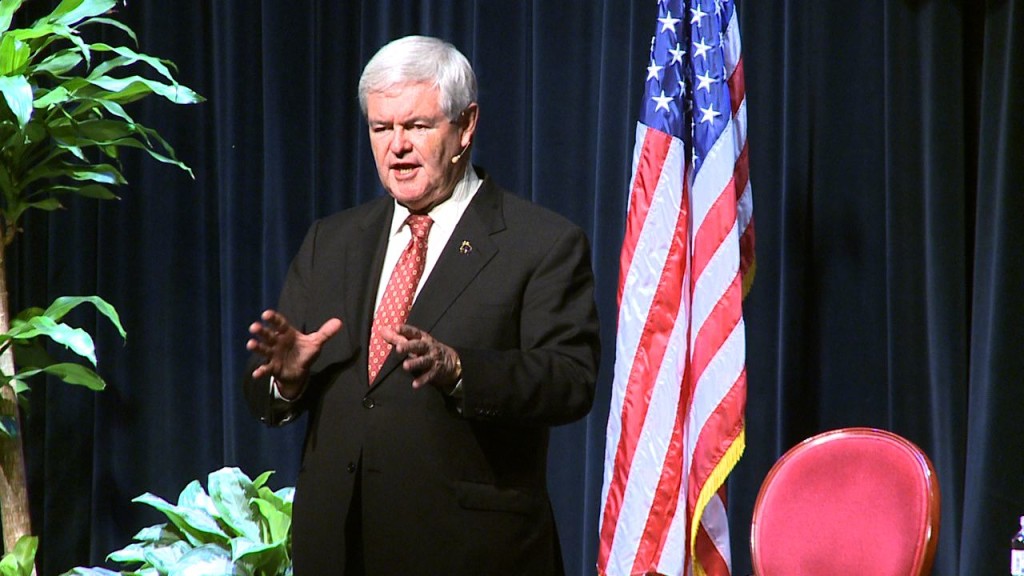 (WOLO) Newberry, S.C. The former house speaker spent the end of day two in South Carolina at the Newberry Opera House focusing on his 2012 Campaign. An election he says could very well be the most important in our lifetime. The Republican Presidential Candidate says the heart of his campaign has three basic levels, practical solutions, principles and values he says will put this country back on track. During the nearly two hour long town hall meeting, Gingrich held a brief question and answer period for citizens who are eager to see how his platform will help change the country in 2012. Gingrich says one of his first goals is to get more Americans off of Government assistance and back to work where they can become tax paying citizens. And asked a packed house to become actively involved in the 2012 campaign. ” i believe South Carolina is the decisive primary…but i am not going to ask you just vote for me. The scale of change we need to rebuild the country that we love, requires the American people to be involved.”